The dove and the blue.

Golubój (голубо́й) is a Russian word that appears referenced for the first time with the meaning of gay man between the 60s and 70s. It is a colloquial expression whose positive or pejorative connotation depends on the context and intention of whoever uses it. However, we have read that it may be the preferred term in Russia by the LGBT community as opposed to other terms, which are considered harder or foreigner, such as homosexual (Gomoseksualist [Гомосексуалист]) or gay (Gey [Гей]). Golubój, and the imported Gey, are expressions that have displaced other religious, legal, and derogatory forms as the media incorporated them into their speech. 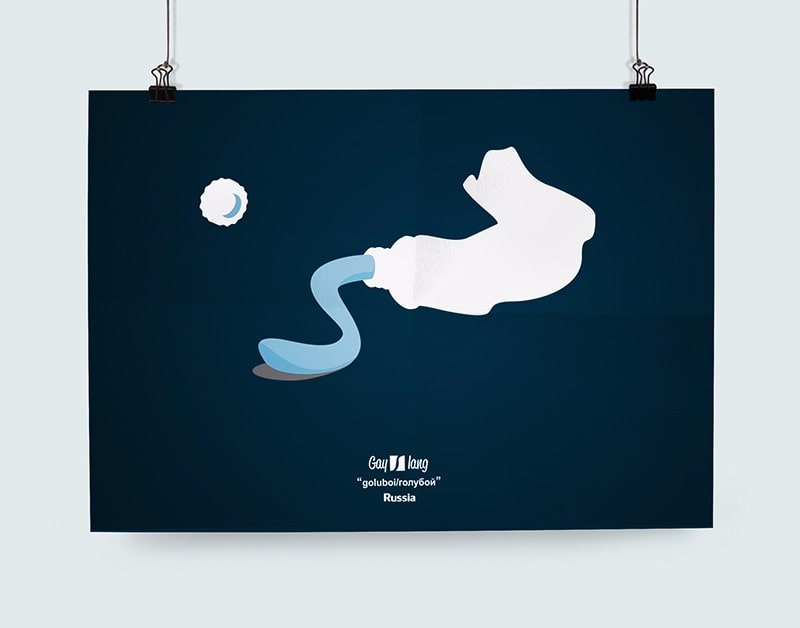 Our Golubój illustration can be purchased printed on t-shirts and many products.

There is a lot of controversy among linguists on the Golubój slang origin, with some explanation that places its appearance in the 18th century. The fact that Golubój is the name for the baby blue color in Russian, socially assigned to babies with male genitalia, also increases the difficulty of clarifying its onset. We are going to focus on the one that seems more credible to us at the moment, mainly for two reasons. The first one is the referenced article (link at the end), where most of the proposals are discarded, and the second is its etymology.

Why is a gay man named Golubój in Russia?

The slang Golubój arises in the gay subculture of central Moscow in the mid-20th century due to the need to speak in code. If Russia is now a hard and dangerous place for sexual diversity, you can imagine how it was before. Apparently, one of the meeting places (for cruising, we think) was the area formerly called Sverdlov Square, between the famous Bolshoi Theater and the monument erected in 1961 in memory of Karl Marx, which was a more landscaped place in those years than it is today.

Monument to Karl Marx in the center of Moscow in the 60s, origin of the expression Golubój. Photograph by Valkorn found here.

As it is said, the surroundings of this monument were the chosen site by doves and gay men, up to the point that the square was called a dovecote, and these gay people called each other with the name of the animal. Adding to this, in those years, the song “Fly, Doves” (Летите, голуби) written by the poet M. L. Matusovsky for the 1951 film “We are for peace” (Мы за мир) was still famous. The first verses of the theme, fly, doves, fly, were sung in that place to alert of the police or the KGB raids.

According to Wiktionary, the term Golubój derives etymologically from Gólubʹ (dove) due to the bluish color of the reflections of the animal’s feathers. Based on this, the slang Golubʹ (dove) could have been changed to the code word Golubój (baby blue), also bearing in mind the neutral and even positive character of the latter, as opposed to the usual and derogatory pederast and derivative terms. 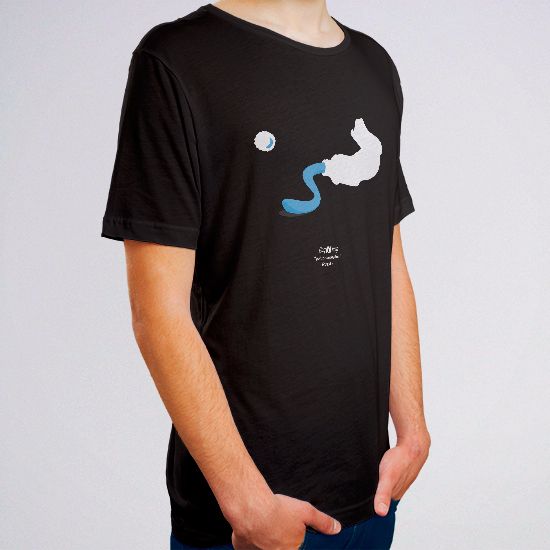 Golubój is the name that receives the light blue color in Russia and is slang for gay, in the same way, a lesbian is called rozovyi, which in Russian means pink color. This insult we have turned into a Drawing & Story, a tube of oil paint of a blue color that you can transform into an original gay shirt.