Sochi 2014: The most gay & lesbian Olimpic Games in history.

The Russian authorities, with its law against sexual diversity, want nobody talks about homosexuality. They hide behind the children’s protection, but probably, what is behind this policy about “not known, not seen, not noticed” is the fear of homosexual desire. When someone thinks about the desire orientation, inevitably thinks on his own, so its normal do not want to hear anything about it, and they have broadcast their warnings in Sochi 2014. 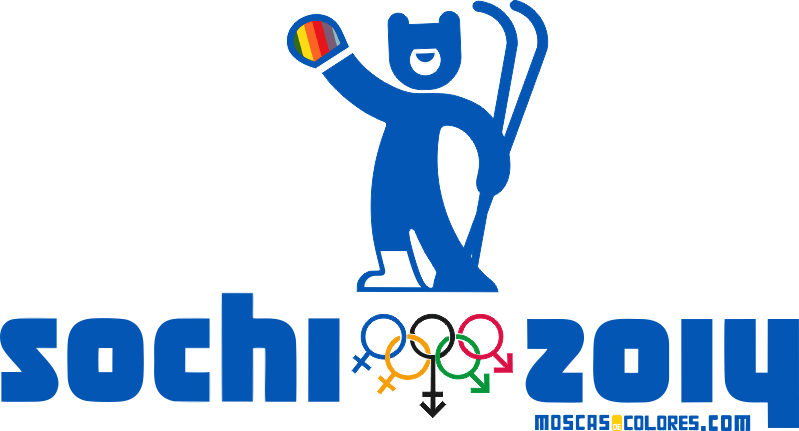 However, this pathological strategy of bury head in the sand and cut the others, is having the opposite effect to what is intended, because Russia will be linked to homosexuality for decades, despite whoever disagrees.

Why not come Obama, Cameron and Hollande?, some may wonder in Russia, and the answer will be clear. Many personalities from different fields have come out against. Indeed, Ban Ki-moon, the Secretary-General of the UN, condemned yesterday in Sochi any discrimination against homosexuals, and called to “raise the voices against attacks on lesbian, gay, bisexual, transgender or intersex.” The Russian Homophobia has turned Sochi 2014 in the most gay & lesbian Olimpic Games in history, where sexual diversity is going to be very present. Will Putin dare fining Ban Ki-moon?

Some think that certain events, like the Olympics, should be banned to countries that do not respect human rights, such as China and now Russia, however can be a good opportunity to stir consciences and, incidentally, make them feel a bit embarrassed. Today, the opening day of the Olympic Winter Games Sochi 2014, we presented our event logo.

The falsely apolitical International Olympic Committee (I say false because it is impossible and unbelievable) will not set it easy, and either Putin pressure. We hope gestures and declarations of the participants, but we should keep in mind that the last who did a protest in Olympics were punished by the authorities and society to the point than ravage their lifes.

At the Olympic Games in Mexico 68, inspired by the so-called Olympic Project for Human Rights, the three winners of the 200 meter dash, Tommie Smith, Peter Norman and John Carlos, on the podium, they claimed poverty and discrimination of the black population of the United States. The gesture were to raise his fist with a black glove, head down while the anthem sounded, wear in the feet only black socks, leave open tracksuit jacket, wear bead necklaces or, as in the case of Australian Peter Norman, wear the logo of the Olympic Project for Human Rights in support of the Aboriginal population of Australia. The consequences were devastating for all three. With libel, interestingly confusing with The Black Panthers, were expelled from the games, missed their jobs, friends, family and suffered the scorn in the mass media. Then, after the years received recognition, tributes and monuments, but the damage was already done. The wife of John Carlos, who bought the black gloves, ended up committing suicide, such was the cruelty they suffered for decades.

At the Nazis Olympics Games, German athletes showed the Nazi salute and this was not rejected by the Olympic Committee, so that the political dimension of this organization is evident. However, the IOC has banned any demonstration or gesture and has threatened to penalize such actions.

Moscas de Colores wants people talk, see, and notice sexual diversity. We want and we ask that gestures and details are visible. So we designed this illustration, for claiming sexual diversity, to vindicate and promote human rights in this type of events by celebrities, politicians and athletes and to remember those three athletes who put their lives at risk in Mexico 68. We want the athletes feel freedom and security to express themselves and show them your support.

We invite you to use this illustration on profiles of social networks, blogs, websites, etc. Get moving and spread the message. Pass it on. 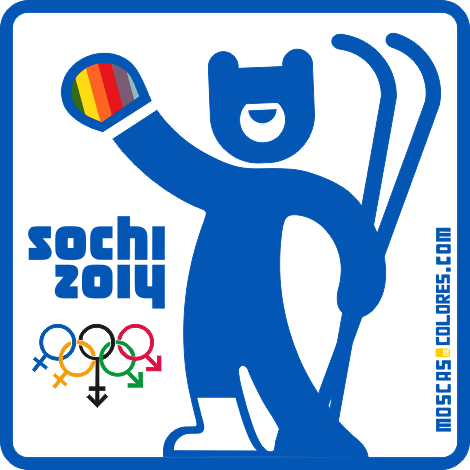 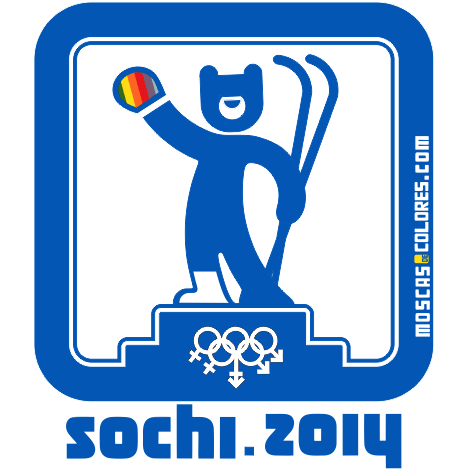 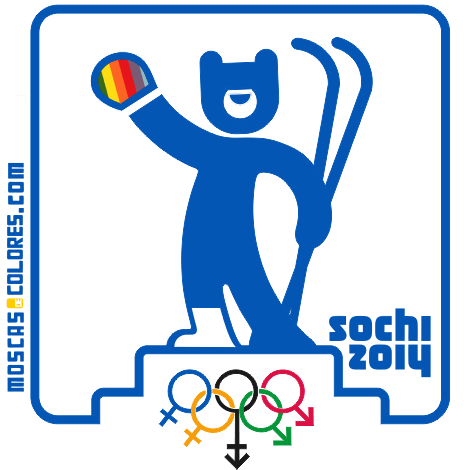 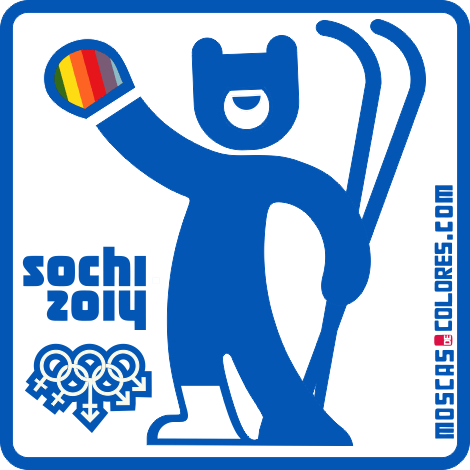 1) Wear a sticker that says: Olympic Project for Human Rights.
2) Raise your fist with a black glove while playing the hymn: symbol of the Black Power movement and in protest of the racial tensions that were living in the U.S.
3) Take off shoes and show black socks: to show the poverty of the people of the United States, especially the black people.
4) Tilt the head: symbolizing a prayer for freedom.
5) Tracksuit Jacket unzipped: show of solidarity with all workers in the United States.
6) Wear a necklace of beads “was for people who were lynched, or killed, and no one has made ​a prayer for them, they were hanged and those who were thrown into the water in the middle of the passage” John Carlos said.
7) Black headscarf in the neck: symbolizing black pride.

Will we see any offensive, anti-humanity and anti-Olympic act in Sochi 2014? Is the Olympic spirit corrupted? Check this Two videos in the Spanish language (you can translate subs).

Do you enjoy Sochi 2014? check out the whole Protest! Collection.

Sochi 2014: The most gay & lesbian Olimpic Games in history.