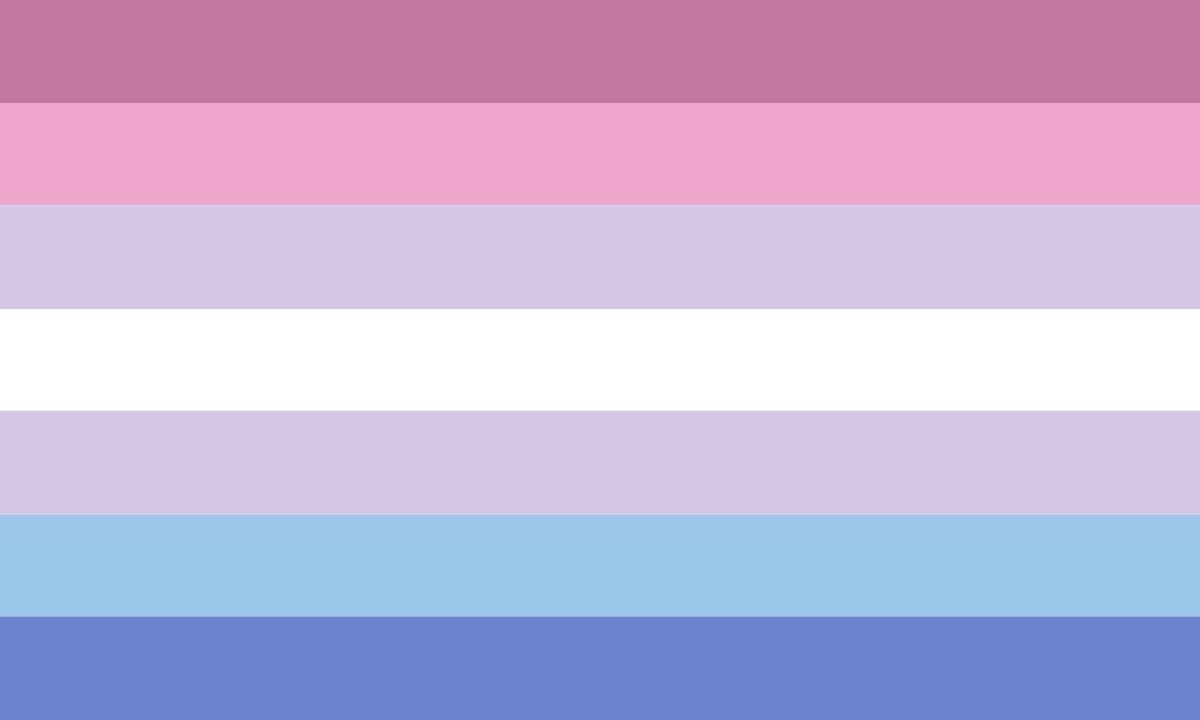 Bigender flag, composed of stripes of different shades of pink (female gender) and blue (male gender), in the center a white (neutrois) stripe.

When we talk about bigender, we are referring to one of the components of a person’s Sexual Identity that is gender identity. We are not talking, therefore, about biological sex, or sexual orientation, or gender expression, but we talk about what and how a person feels the identity is concerning the gender.

To explain it easy, we will start with the binary sexual system. Many people identify themselves only as women or as men (what we might call mono gender), but other people identify with more than one gender. In this sense, we could say that a bigender (or dual gender) person feels both as a man and as a woman, and this can be in different magnitudes, which can change over time.

The above definition falls short when we look at reality, so we must introduce the non-binary sexual system to pay attention to people with two gender identities that can be binary (male/female) and non-binary, for example, agender ( they do not identify with any gender), gender fluid (at some point is identified with one gender and at other times it is identified with another.), or any other identity. The same applies to Trigender people, who identify with three gender identities, whatever they may be.

Finally, we must bear in mind that we are talking about a subjective perception, how we feel our gender, and not how we express that gender. In this sense, when we meet someone, we could not say without any fear of being wrong, that this person is bigender, agender, transgender, genderfluid, pangender, demi gender, etc. And you also have to remember that words like bigender, are categories created to talk about what already happens and not the contrary.

And you? what do you think?

Tell us what you think, if you liked it or not, if there is an error or if you have lived some related experience. Your opinion and your information are very important. And the diffusion too!