Bibi is a term that appears in the Alfred Delvau Erotic Dictionary in the 19th century, to name the youngsters who served to satisfy the libertine pleasures of the old. It is a term with confusing origins, as are many others of the LGBT slang, and although there is a coincidence that it would be a hypocoristic euphemism (as pee, or poo …) it is not clear whether it refers to the term “bichon”, which is a breed of dogs similar to the poodle, or if it has its origin in the patients of Bicetre Hospital, well known in Paris and which was both mental asylum and prison for the poor homosexual men who had been caught in “flagrante delicto”.

In any case, the idiom “to know Mamzelle Bibi” derived from this word. It meant to have a homosexual relationship and became known in the lyrics of a famous Parisian song of anarchist tone from the end of 19, composed by Aristide Bruant; the gentleman in the black cape and top hat that appears on several posters of Toulouse Lautrec. 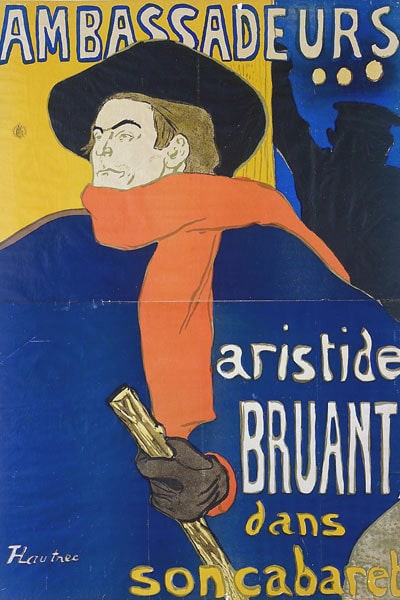 Aristide Bruant on a poster by Toulouse Lautrec