The meaning of the word faggot is firewood, cigarette and also it is used to name a heavy work. It is one of the most used words to name homosexual men around the world. The origin of this slang may be that it was the symbol of heretics, marked with fire in their skin in the Middle Ages in the United Kingdom (the heretics were never executed at the stake in the United Kingdom). However, the first appearance as a slang for homosexual man is located in the United States. Check our post from Gay Slang Collection to learn more about this well-known and international expression. 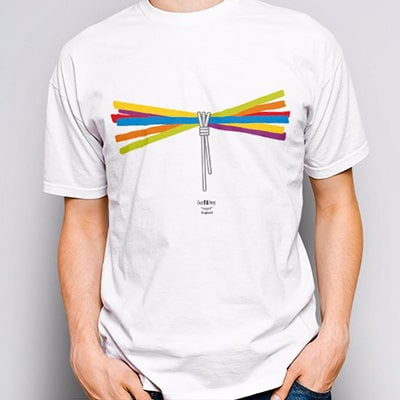 T-shirt with the Faggot drawing. You can purchase it in our online stores.