The symbol of heretics.

The word “Faggot” started to be used in the UK in the twelfth century, and its meaning was the bundle (of wood), a word that probably has its origin in the Romance languages. We must take into account the strong resemblance between “fag” and “haz” (bundle in the Spanish language). It may even be related to the Yiddish word “faygeleh” which means birdie and it’s used by the Jews to call gays. 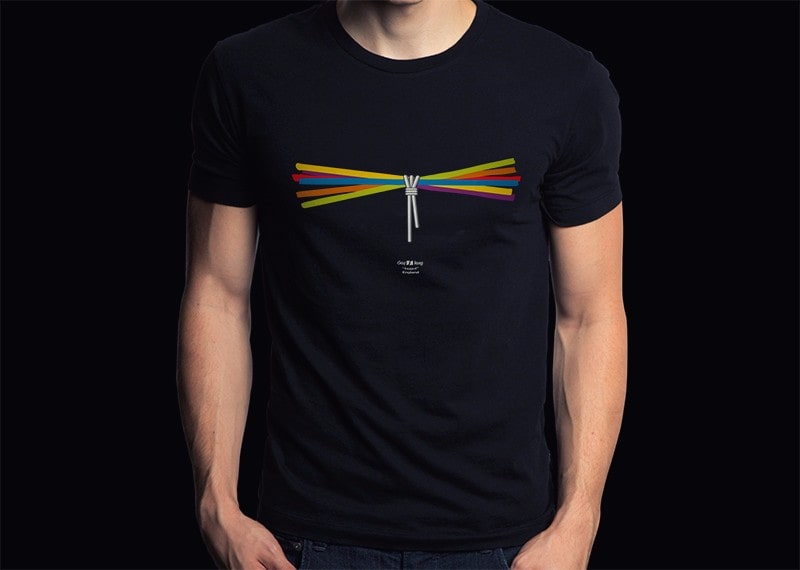 Faggot illustration, you can purchase it printed on t-shirts and many products.

In addition to Bundle of wood, in the UK, it is also used to call cigarettes (fag packet). Another use of the word is to name “fag” to hard labor and also some older women. Either because some older women in the past, were engaged in collecting firewood for their livelihood (heavy duty) or because they were a heavy burden to someone. It even had the meaning of a woman of bad character, meaning that we can also found in the Australian expression “Lemon”.

Let us think then on this idea, older women who have to collect firewood to survive, single women, unmarried, who are sisters of someone, who are aunts of someone, nieces of someone this reminds expressions like “Tante” (aunt) in France, “Tunte” (aunt) in Germany, “Tatta” (aunt) in Luxembourg, “Adherfi” (sister) in Greece and “Onee” (older sister) in Japan. What has always been thought of the spinsters and bachelors?

Another explanation circulating on the net is what establishes parallelism with the Italian word “Finocchio” (fennel) because with this plant homosexuals were burned in Italy in the Middle Ages. But in the UK never burned homosexuals, were murdered by hanging as heretics, and so we can discard this origin.

However, we did find a relationship between homosexuality and heresy. As in the case of the inhabitants of the current area of Bulgaria, very resistant in the ninth century to Christianity. The Orthodox Church, considering them heretics, slandered them with all sorts of vices, among others, sodomy, causing the appearance of the word “bugger” from Bulgarian, in the English language, “Buzna” and “Buzerant” in in Czech, “Buzikaa” in Slovak and “Buzi” in Hungarian. In this sense, we found a connection between heresy and a bundle of wood. Convicts not condemned to the gallows should display a symbol consisting precisely in a bundle of wood. Heretics were bad people and, why not, homosexuals, and homosexuals were heretics.

In any case, there is no evidence in the UK using the word “faggot” to name homosexual men before the twentieth century.

Thus, the first reference found using of the word “faggot” as slang to refer to a homosexual men appears in USA in 1914, in a paper, telling about some men in a dance dressing as a woman, that were called “faggots” and later, in 1926 Ernest Hemingway in his book Fiesta (The Sun Also Rises) also used the word in this sense.

However, we can not establish, unequivocally, the relationship between homosexual and Bundle of wood, but what we can say is that the word crossed the Atlantic and, subsequently, in the United States began to be used with that meaning.

Sexual Diversity in the USA according to Wikipedia 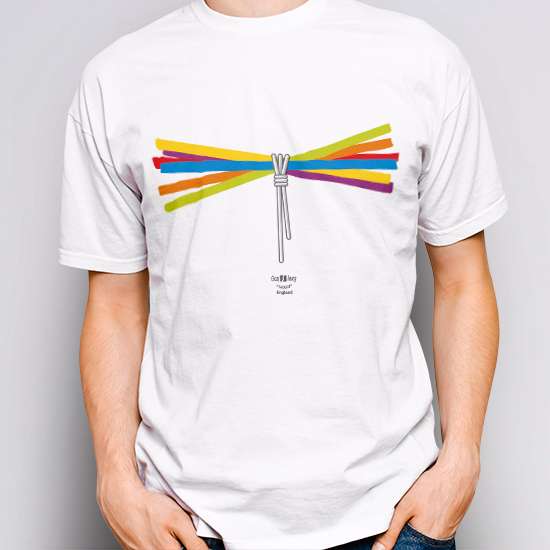 The word Faggot is one of the most used and known to name gay people. The bundle of logs in the United Kingdom was the symbol that was burned into the skin of the heretics, and that is why we have turned it into a Drawing & Story with rainbow colors. Take it converted into an original gay shirt.