Gay slang words not only come from insults and disqualifications that different societies have been created with the passage of time but also have their origin in the own LGBT groups. This is the case of the Thai word คิง (pronounced khing), which is a phonetic adaptation of the English word “king”. 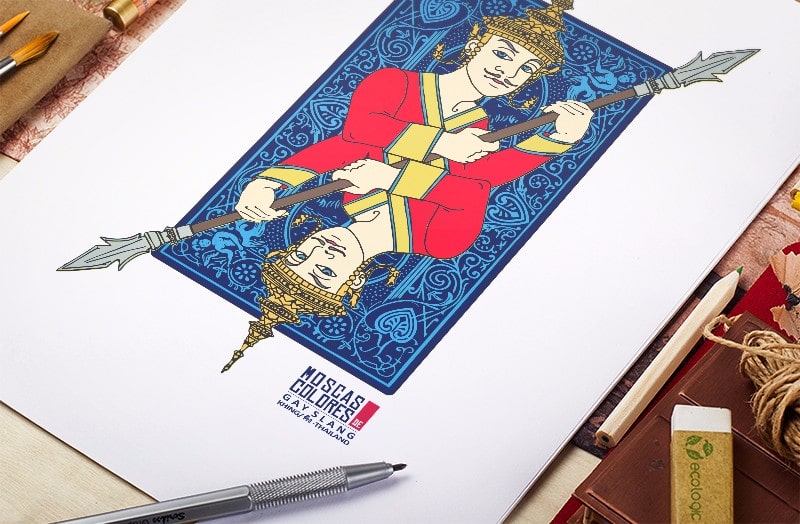 Khing illustration, you can purchase it printed on t-shirts and many products.

Its most likely origin is the word “queen”, widely used in the gay scene to call the very effeminate gays, with airs and graces and usually accompanied by a court of followers. In Thailand and other parts of the world, gay men with male attitude can be called king. Some reports indicate that was in the United States, back in the ’60s, when it started to use the word “King” to refer to masculine gay men, also to refer to the top gay men and even to call lesbians. The king, a seemingly confident man, by the power that gives his physical, may be accompanied or not by a court, but certainly many people get behind him in gay bars.

In the illustration of the word คิง, we used cards, the King of Hearts with a large spear. It’s interesting how new types of faggot generate new words, different from those of another era, in which a gay was almost a woman, according to patriarchy, a coward and incapable person. However, this was not always so. The History tells us of men, kings and emperors, who loved other men, in peace and in war, with astonishing normality, men we are talking about, not because they are reference or an example to follow, but because they help us understand how homosexuality is socially constructed from a flexible feature of our species, the Sexual Plasticity. In the past, homosexual behavior also occurred frequently, but there weren’t homosexuals.

Exercise 1: make 8 pairs with a word of each group.

Check out our Thai Gay Dictionary to know more words and interesting stories. 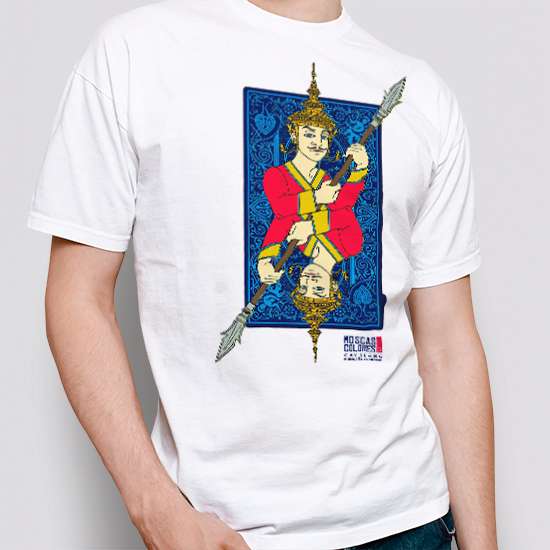 The Thai word khing is a phonetic adaptation of the English word king. It is a word that shows the appearance of new types of homosexual men and that we have embodied in an original design, the king of hearts with a great spear. Nice for gay shirts, posters, and many other products to proudly show and to talk about.