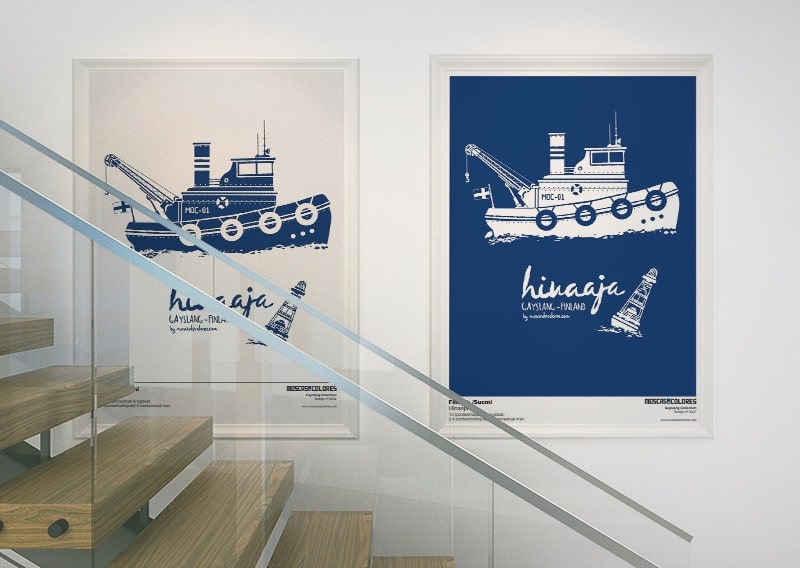 Hinaaja illustration, you can purchase it printed on t-shirts and many products.

A brief history of Finland.

Leaving aside the first millennium A.D. when the Vikings fucked at his ease without Christian restrictions in this Arctic territory of endless days and nights, in the second millennium, his closest as Sweden and Russia, or more distant but no less ambitious neighbors such as Germany, influenced in Finnish homosexual construction while trying to control the territory. That Finland, with the elapse of the centuries, passed from hand to hand suffering countless wars, peace treaties, and agreements.

So, in the early 20th century, Finland was a primarily agricultural country with a low population density, in which homosexuality was not quite present (1), judging from the few expressions used for naming, such as “onanist” and person “like that”, so much so that they had to import them from Germany.

The appearance of these words is not accidental, because started to be used as the big population centers such as Helsinki grew, where abounded cruising areas, saunas, swimming pools and bars, where men have sex with other men. Despite being a crime until 1971, there was some permissiveness by the authorities, which denoted already the idiosyncrasies of a society that wants happy citizens.

But the homosexual construction in Finland was not confined to large cities, but expanded by the rest of the country through publications such as “Kalle” with which the sanctimonious and heteronormative society would know in considerable detail, albeit from the perspective of illness, what was happening in large cities and especially in neighboring Sweden. And it was not only useful for this part of mainstream society but also for gays from all over Finland, who came in a rush way after reading these publications, to the big and lubricious cities, or went on vacation -or to living- to Sweden, for them the rainbow nation

Sweden, more advanced in the acceptance of homosexuality (2), became a reference of male homosexuality, to the point that in Finland to talk about it, could use expressions like “Swedish disease” or “Swedish love”, being also frequent jokes about effeminate men in Sweden. About this, Finland is no different from the rest of the world: “Fags come from out to corrupt our men, youth and children.”

For Finland case, as elsewhere, we have seen that homosexuality is constructed by whole society and that the words appear as a specific way of interacting with human homosexual behavior in a particular historical context. That is why in Finland there were few words for lesbians, “Lepakko”, “lesbo” and little else, or as the case before us today, the origin of the slang expressions Hinaaja and Hinuri for fags, symbolic and contemporary creations that relate to Hintti and Hinttari because they share the beginning of the word, expressions which came somehow and sometime from Germany.

Check out our Finnish Gay Dictionary to know more words. 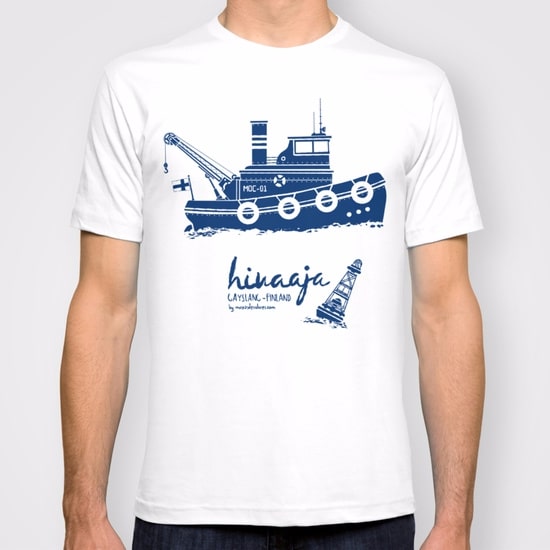 The illustration of the word Hinaaja, in blue color for a light background and in white color for a dark background, the colors of the Finnish flag, focuses on a boat tug that is directed to the rescue of any ship in distress. Hinaaja, one of the most used words in Finland that you can buy printed on a wide variety of products to wear with pride, or to make a very original gift. A design with an interesting story to tell.