How to say gay in Hawaiian

Below are the words of our Hawaiian Gay Dictionary that we will expand in new editions. If you know any more, please, contact us. But first some information about the language and where it is spoken.

Hawaiian is an Austronesian language family native to the Hawaii Islands where it is an official language along with English. During the 20th century went from almost forty thousand speakers to just one thousand and now recovery efforts are dedicated to the language. 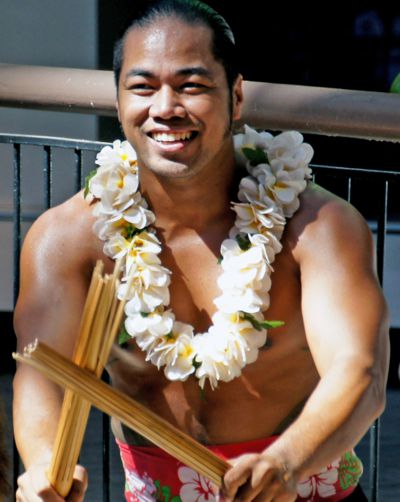 Although Hawaii is the 50th state of the USA, concerning the rights of the LGBT community Hawaii seem to be on another planet -or universe- because they stand out and shine with their light. Marriage, homoparental adoption, assisted fecundation techniques for lesbians, protection against discrimination and hate crimes, treatment of transgender and transsexual people. But not everything is a matter of laws, activism, activities, leisure, festivals throughout the year to claim pride, on the beach, in the university and the mountains: Honolulu, Hilo, Manoa, Mililani, Lahaina, Lihue, Waikiki. Long live Hawaii!

This acceptance of sexual diversity is not only contemporary since the traditional culture of the island not only integrated diversity but also had a fundamental role. That is why the words that make up this dictionary do not fit to traditional binary categories, but we incorporate them as an example and demonstration that all Western cultural rejection concerning sexual diversity has been based on prejudices and interests that arose with the emergence of monotheistic religions.

Everything we post on this blog is opinion articles, but we've classified them into these categories to highlight the relevant topic. What interests you the most?
42 original and fun designs to buy printed on t-shirts and other items. Claim each day or treat someone special with one of our Drawings & Histories. Which one do you like the most?
More than 2,200 entries in 68 languages make up the largest LGBT + dictionary on the web, with a glossary of sexuality terms explained for you to understand. Do not leave with doubt!
Bollo. Lesbian Dictionary (Spain). Sapatão. Lesbian Dictionary (Brazil). Tiefseeforscherin. Lesbian Dictionary (Germany). Gousse. Lesbian Dictionary (France).
△
Mdc
MOSCAS DE COLORES
Contact · About us · FAQ · Cookies policy
Copyright © 2012–2021 @moscasdecolores · See you soon!
In order to provide you with the best online experience, this website uses cookies. By continuing to navigate, we understand that you accept its use.Ok