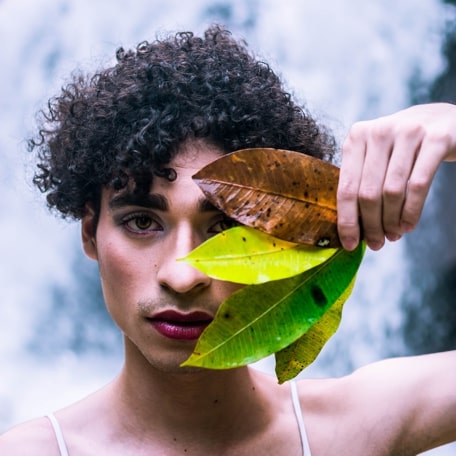 What society considers masculine and feminine is relative to space-time.
Photo by Jorge Saavedra from Unsplash

This article aims to clarify and distinguish the concept of Sexual Identity, an issue that we consider important at this time when sexual diversity, and especially the human one, is an incontrovertible fact.

Not so long ago, there were only men and women, two simple, fixed, and exclusive categories that described and (pre) conformed reality. But now, thanks to the knowledge and freedom we enjoy, millions of people have realized that we do not fit into those learned categories, and this reality, no matter who may disagree with it, has generated extensive terminology that is often difficult to understand. In many cases, this large number of concepts, categories, and labels, sheds more noise than light to what happens around us, and this noise causes confusion. One part of society uses this confusion to deny sexual diversity, to insist on turning knowledge and reality into ideology. That is why classifying, ordering and relating are the keys to know what we are talking about, and the first category is Sexual Identity.

It is enough to go around the web to see the different meanings and approaches to sexual identity. Some relate it to biological sex or define it as sexual orientation and gender identity. Wikipedia, in its Sexual Identity entry, offers a disjointed and incomprehensible shortcut with many references and without taking into account that nowadays, it does not matter what was understood in the past by Sexual Identity.

As I previously said, a long time ago, there were only men and women, but later the categories of homosexuals and transsexuals were added. And there was nothing else.

Categories were added instead of restructuring the ones we already had. For this reason, we keep reading and hearing that Sexual Identity is the same as Gender Identity, because there were few categories and the concepts were mixed.

Sexual Identity is not Gender Identity

Gender identity is one of the five characteristics or components of people’s sexuality, which refers to how a person feels about gender. To explain it, I will start by using the Binary Sexual Model, in which a person feels a man or a woman, a girl or a boy, this is what we feel we are. If we take the leap and use the Non-Binary Sexual Model, things get a bit more complicated, but equally simple, because it continues to categorize how a person feels concerning gender. Besides the above types, one person may sometimes feel to be a man, and sometimes a woman. Another person may feel neither a man nor a woman, and another may feel to be both a man and a woman. Either way, it never refers to sexual orientation, nor biological sex, gender expression, nor sexual behavior. Gender Identity refers to one of the characteristics of a person’s Sexual Identity, but not to all of them. This is its hierarchical difference.

Today, after this wonderful explosion in diversity, we are splitting hairs. We are differentiating realities by naming each one of them. Transgender is not the same as transsexual. Bisexual is not the same as bigender. A transsexual woman can be a lesbian, and a man can have a vulva. But also, in recent years of knowledge and freedom, there is an aspect that has emerged without almost realizing it, that of identity, or rather, identities. I am referring to what we hear so many times: I am.

I am homosexual. I am transgender. I am pansexual. I am intersex. I am a g0y. I am butch. I am a bear. I am a fetishist. I am a crossdresser. All these characteristics, all these affinities, all these labels are associated to an identity aspect because it is how we use them. And with these identities, we define ourselves, we relate, we group together, and we vindicate ourselves. We have associations, flags, and t-shirts. We have groups, forums, and hashtags. We can see that Identity is an issue that not only includes, but goes beyond gender, and that is why Gender Identity and Sexual Identity are also differentiated.

Thus, we define Sexual Identity as the set of characteristics related to sexuality. It is part, along with other identities, of a person’s identity. In this way, a person can say that they are North American, Hawaiian, Transgender, Buddhist, Democrat, and Lakers follower.

Within Sexual Identity, there are five components, which interact but are different: Biological Sex, Gender Identity, Sexual Orientation, Gender Expression, and Sexual Behavior.

Also referred to as sex, it classifies people as male, female, or intersex. At birth, or even earlier, the baby is assigned a sex and a gender based on a combination of bodily characteristics such as chromosomes, hormones, internal reproductive organs, and genitalia. From the correlation between biological sex and gender identity, the classification of people as transgender or cisgender arises. The group of intersex people includes a large number of different types that, until recently, were assigned to one sex/gender or another, which generated a lot of surgery and suffering in people.

We have seen it before. People identify with one gender or another. They feel to be a man or a woman, a girl or a boy, and as a general rule, from early on, each person knows what gender they feel, and which is each sex and gender. Once overcome the Binary Sexual Model, we have new categories that better define reality, such as bigender, demigender, agender, gender fluid, third sex, etc. And as I said before, from the correlation between gender identity and biological sex, the classification of people as transgender or cisgender arises.

It is defined as the erotic-affective inclination for one sex/gender or another. It can be directed towards the opposite sex/gender, or heterosexual, towards the same sex/gender, or homosexual, or towards both, or bisexual. Kinsey introduced the categories “mostly heterosexual,” “mostly homosexual,” and broadened the bisexual spectrum. At present, the overcoming of the Binary Sexual Model amplifies the very definition of sexual orientation, and we have new categories to describe reality, such as pansexual, polysexual, omnisexual, demisexual, etc. Also, and concerning how the sexual orientation of desire is, people can be classified or identified as allosexual, asexual, graysexual, etc.

Pornography is part of the sexual identity of millions of people.
Photo by Charles Deluvio from Unsplash

In this article, in case it has gone unnoticed, we have done nothing but taxonomy. Sorting and classifying on order to understand. And we believe this article is necessary because, during the last weeks, we have been thinking about two political texts that we have read. The PSOE battle cards “against theories that deny the reality of women”, and the Proposal of Law on “the legal protection of trans people, and the right to self-determination of sexual identity, and gender expression,” presented by the Confederal Parliamentary Group of Unidos Podemos, En Comú Podem, and En Marea.

Sex education is necessary to be able to use a common language.
Photo by Markus Winkler from Unsplash

We have verified that it is necessary to order this Cambrian explosion of sexual diversity, as physics did with particles. To use an example, there was a time when everyday physics discovered a new particle to add to a whole zoo of disjointed and incomprehensible that unhinged science. But little by little, similarities and differences, relationships, and interactions were found, which gave rise to Particle Physics.

The atomic model helps us to explain people’s sexuality. Note that each component has different types, represented by different shades of the same color.
Photo by Moscas de Colores, using  Graficsfuel mockup

Taxonomy made possible a greater and deep understanding of reality. Working on these two texts, we have realized that, no matter how well-intentioned politics may be, mixing or not understanding the concepts takes away the objective that surely moves politics, which is to improve people’s lives.

Reality is what it is, and categorization helps us understand it. Concepts do not create reality. Terms on people’s sexuality are not susceptible to ideology. Using one term or another should not position the political class on one side or the other. They are simply words that describe reality and should be used unequivocally in politics. All this taxonomy should be a common language stripped of positions, sides, and parties.

And beyond institutional politics. We all do politics in our day-to-day. For example, the vast majority of people do not exactly know what we are saying when we talk about a transgender man who, by the way, and briefly, is a man whose biological sex is female. We cannot help, understand, legislate, and promote if we do not classify and order. That is why taxonomy is important.

The construction of Sexual Identity is a process that lasts a lifetime.
Photo by Jana Sabeth from Unsplash

As you learned in school the parts that make up your body, so have you been able to learn in this article the name that each of the components of what was previously called your sexuality receives. Sexuality, which today we call Sexual Identity in order to incorporate the identity aspect with which we nowadays endow each of the aspects of our life. Through this classification and this order, you can also see that all people are sexually similar. We have the same parts, and these can be different in each person and can be combined in infinite ways, as many as there are people. We have not created anything new. We have only given it a name.

And if the name given is important personally, it is also important socially, because politics must legislate to improve people’s lives. Without a common language stripped of ideology, legislating is a difficult and, on many occasions, incomprehensible task for anyone, but especially for a part of society that still sees mere men and women, nothing more.

Everything we post on this blog is opinion articles, but we've classified them into these categories to highlight the relevant topic. What interests you the most?
42 original and fun designs to buy printed on t-shirts and other items. Claim each day or treat someone special with one of our Drawings & Histories. Which one do you like the most?
More than 2,200 entries in 68 languages make up the largest LGBT + dictionary on the web, with a glossary of sexuality terms explained for you to understand. Do not leave with doubt!
Lemon. Lesbian Dictionary (Australia). Finocchio (Italy). Bollo. Lesbian Dictionary (Spain). Lepakko. Lesbian Dictionary (Finland).
△
Mdc
MOSCAS DE COLORES
Contact · About us · FAQ · Cookies policy
Copyright © 2012–2022 @moscasdecolores · See you soon!