How to say lesbian in Japanese

Below are the words of our Japanese Lesbian Dictionary that we will expand in new editions. If you know any more, please, contact us. But first some information about the language and its country. 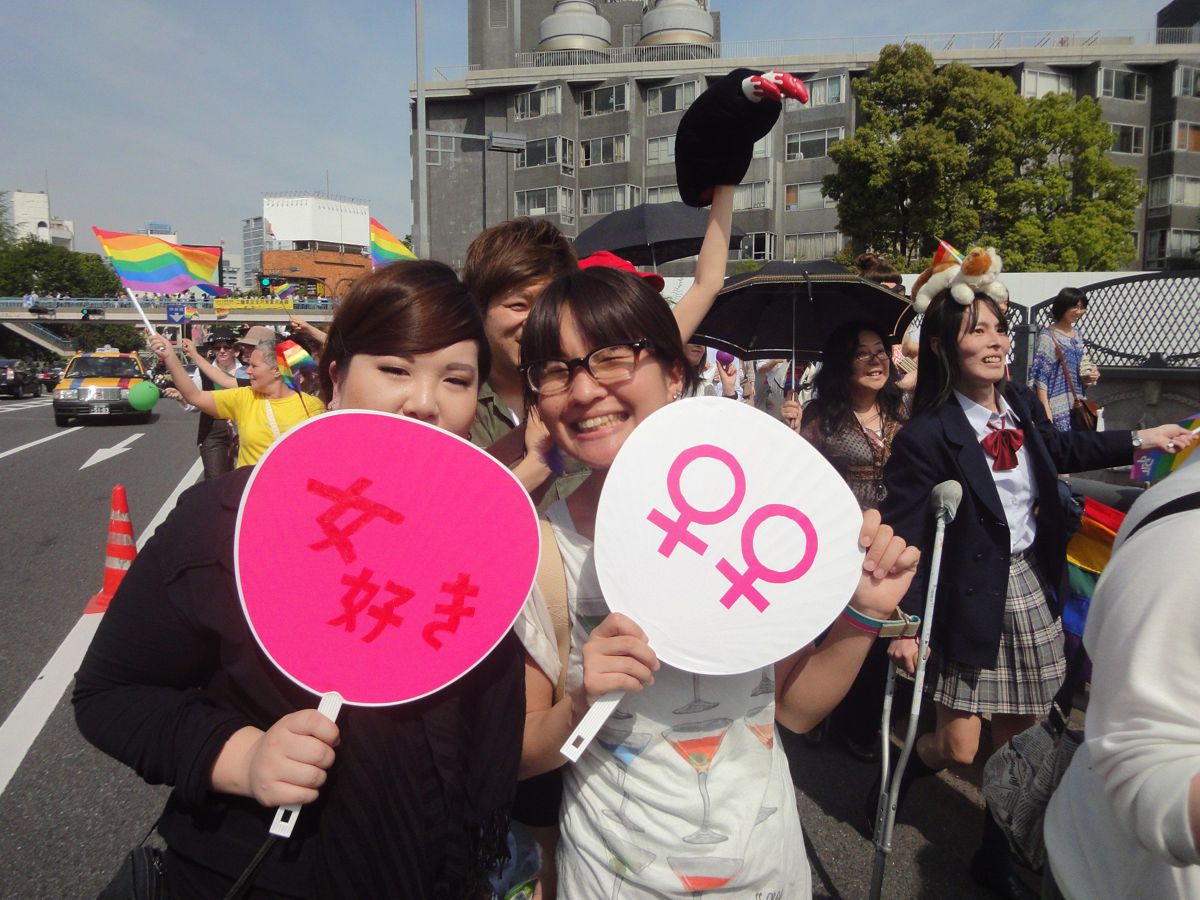 Homosexual behavior has never been illegal in Japan except for seven years, between 1873-1880, in an attempt to approach the Christian morality of the West. However, neither society nor religion never have considered it a sin. nevertheless, this has not led to greater visibility for lesbians and, unlike male homosexuality, it has not been subject to cultural production, but belatedly and for the enjoyment of heterosexual men.

According to some historians (and according to elementary logic), you can document and talk about homosexual behavior in women for a long time, but unlike men who could direct their sexual energy towards both sexes, women did not have that option, and lesbianism was in a discreet and hidden background. It is not until the 1980s when they raise the speech, celebrating in 1985 the first Japanese lesbian convention and lesbian bars and clubs begin to open throughout the country.

In Japan, they understand sex differently than in the West since it is not a moral issue, but it has to do with pleasure, social position, and responsibility. In general terms, it can be said that in Japan they have no problem with homosexual behavior, but with homosexuality, that is why the LGBT community does not enjoy the same rights or the same protections that we have in the West, and that is why many homosexual people hide it and even get married forming a heterosexual couple.

From the Japanese Lesbian Dictionary, we highlight both the number of expressions that originate in the English language, as well as the creative adaptation and incorporation of words aimed at gays.

Everything we post on this blog is opinion articles, but we've classified them into these categories to highlight the relevant topic. What interests you the most?
42 original and fun designs to buy printed on t-shirts and other items. Claim each day or treat someone special with one of our Drawings & Histories. Which one do you like the most?
More than 2,200 entries in 68 languages make up the largest LGBT + dictionary on the web, with a glossary of sexuality terms explained for you to understand. Do not leave with doubt!
Le Patate Paragraph 175 (Germany). God hates figs. I Survived Sodom.
△
Mdc
MOSCAS DE COLORES
Contact · About us · FAQ · Cookies policy
Copyright © 2012–2022 @moscasdecolores · See you soon!
In order to provide you with the best online experience, this website uses cookies. By continuing to navigate, we understand that you accept its use.Ok