The Spanish word “bollo” translated into English is the bun, scope, bread roll, hard roll, sweet bun, cupcake, filled bun, etc, and the “bollera” is the woman who makes the bollo. Normally when we approach any slang we find several explanations of its origin and, depending on several criteria, we discard. In the case of these slang words,  the origin of the slang could be in a mixture of several, specifically two, which are integrated perfectly. 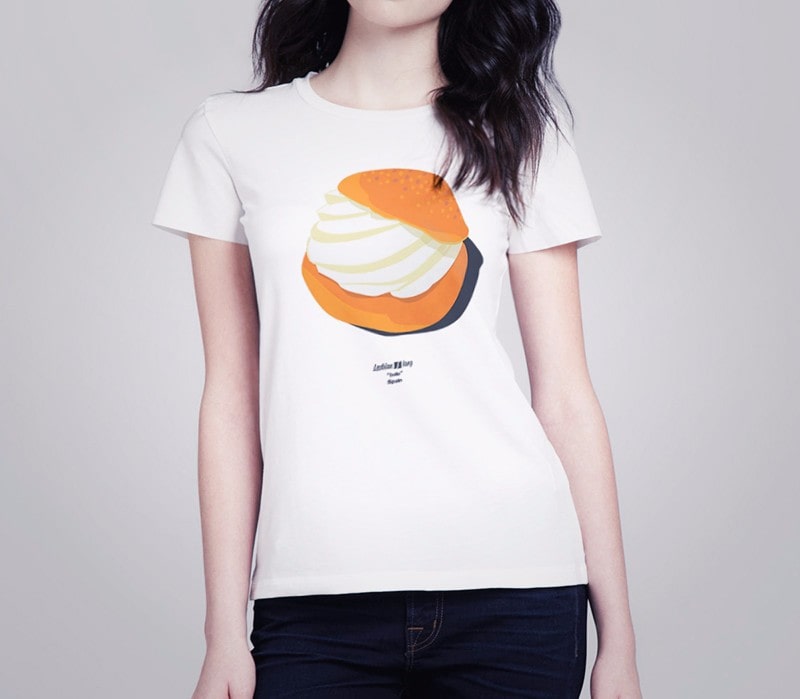 Bollo illustration, you can purchase it printed on t-shirts and many products.

The first appearance in the literature of the word Bollera as slang for lesbian is in 1972, so the fact that it did not previously appear in any dictionary or vocabulary, indicates that it is a fairly recent slang. Thus we can say, unlike what we have found out there, that Bollera and Bollo cannot be the origin of the slang word Tortillera since the first reference of Tortillera is from 1830.

The first of the explanations relating Bollera with lesbians is the use of the word Bollo as slang for vulva. If this were the case, the Bollera slang word would have its origin in Bollo, because it would be the woman who likes or do bollos. The expression “hacer un bollo” (to do a bollo) is to do lesbian sex, in the same way, “María es bollo” (Mary is bollo) means that Mary is a lesbian.

The second of the explanations would be the one that has to do with Tortillera, whose first meaning is that of a woman who makes or sells tortillas (omelets) and is a Spanish slang word for lesbian. The popular etymology would extend the idea of lesbian to the woman who makes or sells buns, that is, the bollera. A process that would be reinforced by the first of the explanations and by its phonetic similarity (torti-llera / bo-llera). If this were the true explanation, Bollo as lesbian slang would have its origin in Bollera, unlike the previous case, in which the opposite occurs. Thus Tortillera would also give rise, in the same way, to lesbian slang words Arepera and Cachapera, used in Latin America. This could be the most correct explanation because it is the simplest.

Another explanation would be the one that relates Bollera with Boyera, that is the Spanish word for the woman who is the shepherd of oxen. Thus, despite the existence of boyeras in reality, it is considered a job socially assigned to men, so we would be facing a process like the one produced with the words “Camionera” (Truck driver), “Trailera” (Trailer driver), “Tractor” , “Vulcanizadora” (Vulcanizer), “Soldadora” (Welder woman), “Leñadora” (Woodcutter woman) and several others, in which these professions are used to exaggerate the masculinity of the woman involved. This origin of slang seems less probable because it is more indirect and because bollera, as a person who makes buns, is a profession that is not associated especially with men.

Bollo, from the nonexistent constellation.

Finally, we have the most mystical explanation, found on the Internet, which is the one that relates this slang to a non-existent constellation called boyera that, apparently initially was represented with some women driving oxen, or also in relation to a group of priestesses related to oxen. This is the one that seems less probable because it is very sophisticated, also because it uses an invention (the constellation) and because it is loaded with a certain claiming romanticism. In general, the origin of slang is popular and used to attack, not to extol, even though these slang words are frequently used today, without that negative burden in LGBT scene and LGBT-friendly places.

Sexual Diversity in Spain according to Wikipedia. 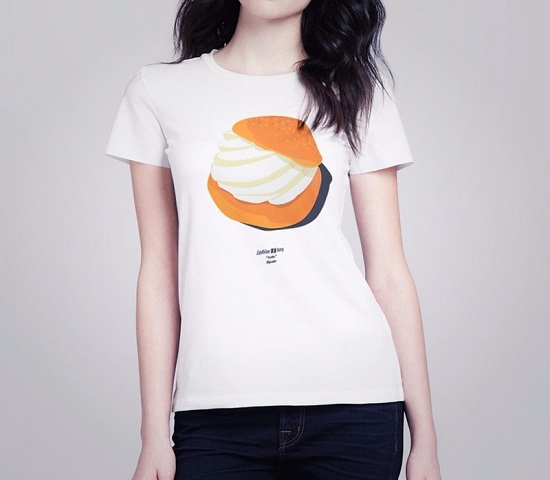 With this word we have made an appetizing and fun illustration that you can purchase printed to gift someone special or to show off with pride, with all the story that we have just told you. The illustration is available for light and dark background both in this version and in the Icon version, which you can find in the Bollo Icon entry on this website.