Currently, the German word Tiefseeforscherin is used to call people who investigate the deep seabed, and its literal translation would be something like “deep sea researcher”. What most people do not know when they use it is that in the early 20th century in marginal environments of prostitution and homosexuality in Germany, a slang was developed out with a matter of depth. 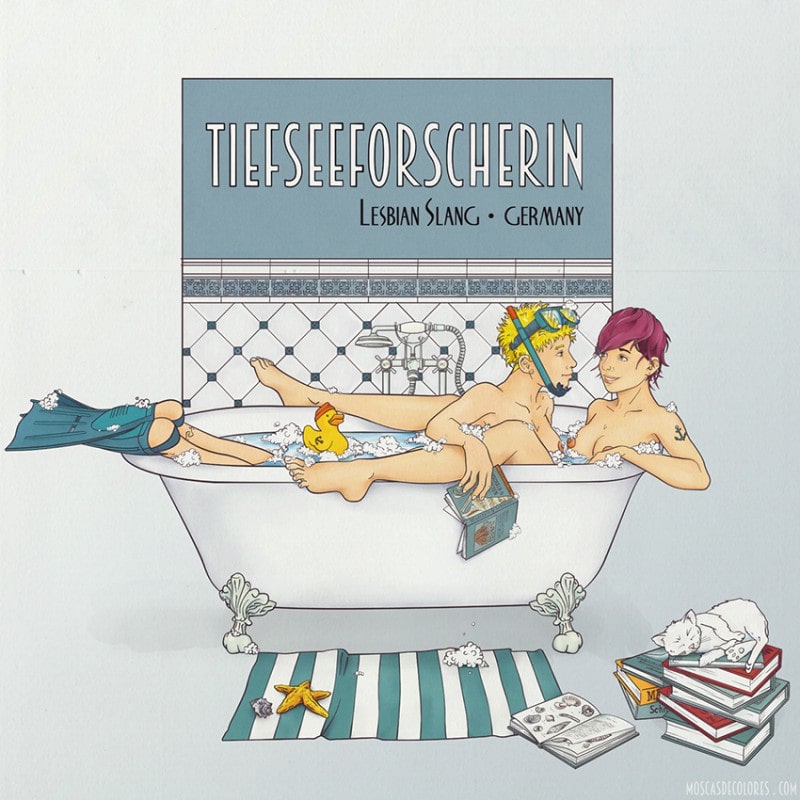 Tiefseeforscherin illustration, you can purchase it printed on t-shirts and many products.

Tief, the first part of each word of this group, which means deep, is a part of the name of some reputable technical professions and specialties, and in those underground environments of the early century, they twist the theme because of the anal and vaginal depth. Thus, an outsider to hear part of a conversation, not understand the laughter that caused the construction of so thick and so deep foundations the night before… Moreover, as the saying goes, necessity is the mother of invention, because if we consider that homosexuality was a penal offense in West Germany until 1994, it is normal to appear coded language when not live in freedom.

Months ago, with the publication of the German Lesbian Dictionary, we talked about the word Tiefseeforscherin and we told we love this beautiful word for its sensuality, evoking the experience of diving into deep water and caves in relation to the experience of eating a cunt. This brought to mind countless illustrations, one woman-diver within the walls of an abyssal chasm, or entering a cave that looks like a vulva or in a vulva that looks like a submarine cave. But later, once our “investigation in depth” or “Tiefe Forschung” was made, we have found the sarcasm and wit.

In tribute to this unique German sense of humor, today we present, for the Lesbian Slang Collection, Tiefseeforscherin or deep sea researcher, and also from now, we will look with new eyes at the Road, Canal and Port Engineers, building a bridge, from shutterers to hard and tough fuckers.

Check out our German Lesbian Dictionary to know more words. 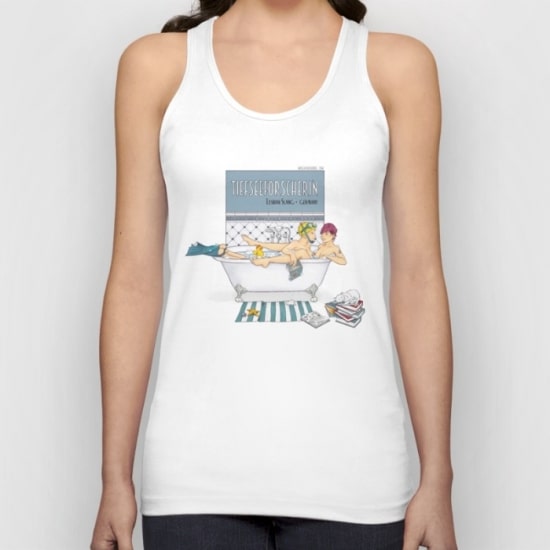 The word Tiefseeforscherin means deep-sea researcher and it is also lesbian slang for that of investigating a woman’s lows. This spectacular Drawing & Story, two women in a bathtub, studying mussels and clams, can be turned into a fun lesbian shirt, a great poster for your living room, and also a shower curtain.