How to say lesbian in Chinese

Below are the words of our Chinese Lesbian Dictionary that we will expand in new editions. If you know any more, please, contact us. But first some information about the language and where it is spoken.

When we speak about the Chinese language, we actually refer to the set of languages ​​closely related to each other spoken in China, belonging to the Sino-Tibetan family and now spoken by 1325 million persons. In our Chinese Lesbian Dictionary, you can find expressions of different Chinese languages.

As in the rest of the planet, there was a time when homosexual behavior was normalized in China until in 1740 the first law against it was approved. The rejection of sexual diversity came from the hand of the West during the Self-Strengthening Movement, which intensified during the Cultural Revolution. 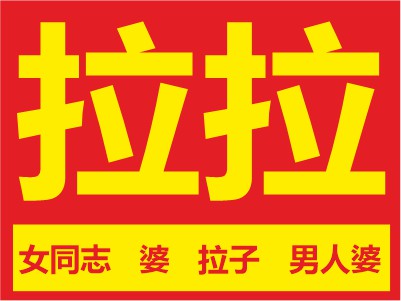 However, during this period of repression and persecution, in the Canton of the 19th century, there were lesbian communities called “zishu nu” (literally “self-combing women”), women who lived together as sworn sisters, and who promised ceremonially not marrying (with men). Is also known the so-called “Mirror-Polishing Gang” (the polished mirror is the Chinese reference to tribadism, scissoring, etc.) of the Shanghai of the Qing period, a group of “prostitutes” who rejected contact with men as disgusting.

Finally, in 1997 homosexuality was decriminalized and in 2001 eliminated from the list of mental illnesses. However, the policy of the authorities has not been aimed at granting rights or protecting against discrimination, being substantiated in the slogan of the “three noes“: not approve, not disapprove and not promote. Socially, the situation is different in colonial regions such as Hong Kong, Taiwan or Macao, where there is much more freedom, activities and LGBT cultural production than in mainland China.

Everything we post on this blog is opinion articles, but we've classified them into these categories to highlight the relevant topic. What interests you the most?
42 original and fun designs to buy printed on t-shirts and other items. Claim each day or treat someone special with one of our Drawings & Histories. Which one do you like the most?
More than 2,200 entries in 68 languages make up the largest LGBT + dictionary on the web, with a glossary of sexuality terms explained for you to understand. Do not leave with doubt!
Pedicabo ego vos et irrumabo. Paragraph 175 (Germany). Moscow 2112. Brief history of Russian homosexuality. Le Patate
△
Mdc
MOSCAS DE COLORES
Contact · About us · FAQ · Cookies policy
Copyright © 2012–2022 @moscasdecolores · See you soon!
In order to provide you with the best online experience, this website uses cookies. By continuing to navigate, we understand that you accept its use.Ok