The expression Tootsie is referenced as slang for the masculine lesbian, but we could not find the explanation. It might have something to do with the homonymous film, directed by Sydney Pollack and performed by Dustin Hoffman and Jessica Lange, or perhaps because of its relation to the foot and from the foot with shoes. In the Portuguese language there is slang for lesbians which is Sapatão (big shoe), related to lesbians who dress in men’s clothing, and men usually have bigger feet than women. 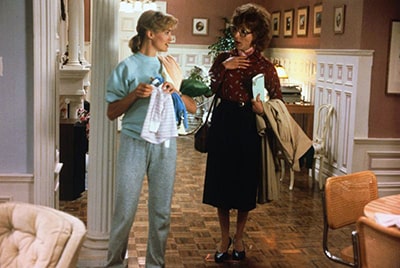 A frame of the movie Tootsie, perhaps the origin of the slang.