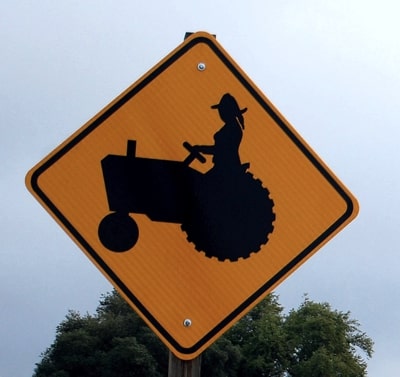 Virago (heroine) is a term that has ended up being synonymous with a masculine woman.
He thinks my tractor’s sexy by Kathy Kimpel used under 2.0 Generic (CC BY 2.0) / resized and optimized.

Virago is one of the terms in which homophobia and machismo are more clearly unite. The machismo for making women an incapable and weak being, and homophobia for being used against women who could be lesbians. At present, the Dictionary of the Royal Academy of the Spanish Language defines Virago as a masculine woman, and that is why it is related to lesbians and, people use it as a synonym, as well as the derived words Viragismo (lesbianism), Viragista (lesbian), etc. It would be the time that, after four hundred years, the Royal Academy expanded the information a bit.

However, in origin, the meaning of this term was different because Virago, which comes directly from Latin, had the sense of heroin, as we can see in the CORDE in its first dating in 1160. Later, in 1607, we find it in a Spanish-French dictionary with the meaning of a virtuous woman who does man things.

Thus we see that, as time goes, with successive translations and definitions, characteristics of people such as courage and bravery are assigned exclusively to men. For these hetero-patriarchal societies, women were minor beings who could not be brave, resolute or have courage. These were man characteristics. We go from heroine to virtuous woman who does things of man, to end up currently being a masculine woman.

Over time these definitions will imply that if a woman shows “masculine” characteristics, she may be a lesbian.