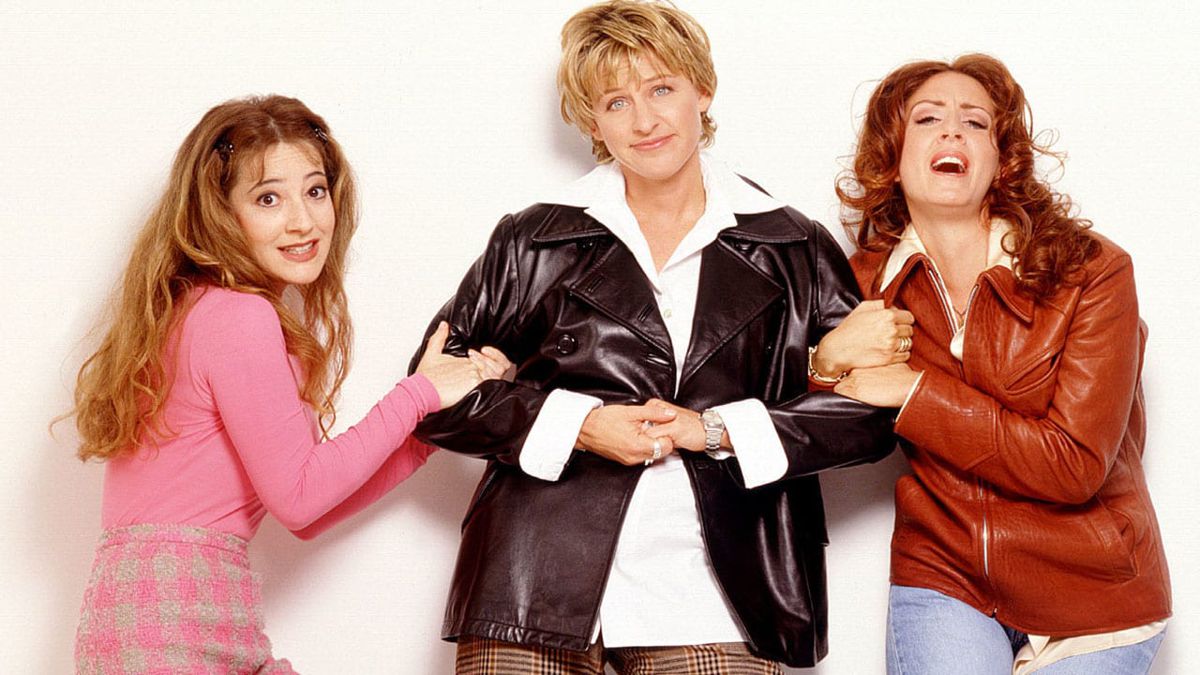 Promotional photograph of the television series Ellen, a possible origin of the expression Chapstick lesbian.

Chapstick lesbian is an expression used to refer to lesbians with a gender expression that lies between a “Lipstick-lesbian” (feminine lesbian) and a “Butch-lesbian” (masculine lesbian).

This term is interesting because it tells us about the gender expression that, like other characteristics of human sexuality, is a matter of degree and fluidity. In front of the binary and exclusive vision of the masculine and the feminine, when people live freely borders disappear, and people express themselves in infinite ways. In summary, the following could be its chronology.

The first terms to refer to lesbians in the English language appear in the 1920s in the United States. They were derogatory expressions focused on the masculinity of the lesbians relating them to the bull, Bull-dyking woman and Bulldyker, are examples. The term Butch used against lesbians appears a little later in 1940 but with the same idea. At that time, a mannish woman was suspicious of being a lesbian. Much later, we begin to see that gender expression and sexual orientation were related but distinct aspects. The Lipstick-lesbian, the femme, (as happened with the English term King, the equivalent for gay men) came to tell us that a woman can have a “feminine” gender expression and be a lesbian. The expression Lesbian Chapstick goes a little further and tells us that between the “masculine” and the “feminine” in the case of lesbians, there is a precious infinity of colors and flavors. And with a funny origin.

Chapstick is the trade name of a lip balm of the American pharmaceutical company Pfizer and its use to refer to lesbians, as opposed to Lipstick-lesbian, denotes that she does not like makeup and even that she likes sports. It is difficult to know if its origin is a joke for a script or was already in use, but the truth is that the expression became popular in 1997 in a chapter of the television series Ellen (1994-1998), starred Ellen DeGeneres. One character asked her if “she was a Lipstick-lesbian or what?” to which she replied that “rather she was a Chapstick lesbian.” In 1998, shortly after the character and actress left the closet, ABC canceled the tv-series. There were many pressures.