Juana Gallo (Joan Rooster) (1876-1958) is the alias of a famous woman who lived in Zacatecas (Mexico). Her biography moves between a few details known and the myth. A myth fed by herself drinking and talking in bars, which was then amplified by an eponymous film of 1961, falsely focused on its revolutionary character. Her figure has been the subject of popular songs, biographies, and exhibitions about his life.

Angela Ramos Aguilar, the real name of Juana Gallo, from an early age showed a spunky personality that did not follow the strict female code. Her alias comes from a professor who exclaimed “purge away Juana Gallo!” when she opened the head by a stone thrown to another boy. They say she was mannish and that from afar could look like a man, but probably due more to his quarrelsome and bellicose nature, facing the power to defend freedom of worship in the Cristero War (1926-1929), than a matter of sexual orientation. At 13 she runs away from home with a captain of the Acordada of Zacatecas, with she had a son who died shortly after birth. She never married or had more children.

Thus, the alias of a woman who did not behave like the rest, which looked “masculine” characteristics, eventually became an expression to refer to homosexual women or a reference to avoid. 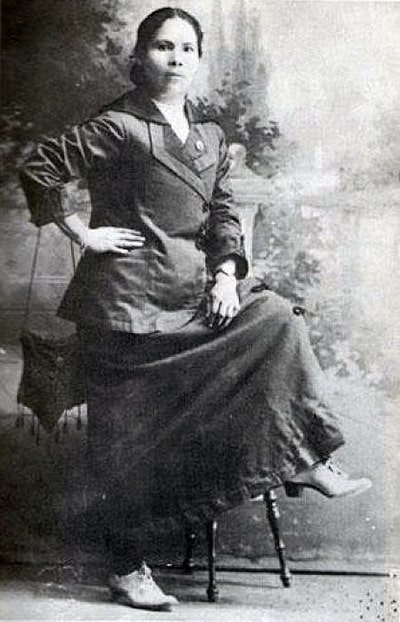 Juana Gallo, another example of the appropriation of courage and strength, by men.