The ducks from Malmö.

Pato (Duck) is the slang word used in part of Latin America to insult gay men. As in other terms, to explain the origin of this use of the word, people refer, wrongly, to the duck form of walking or eschatological issues of the animal. However, the explanation is much simpler: “pato” is a word with several meanings, basically two. 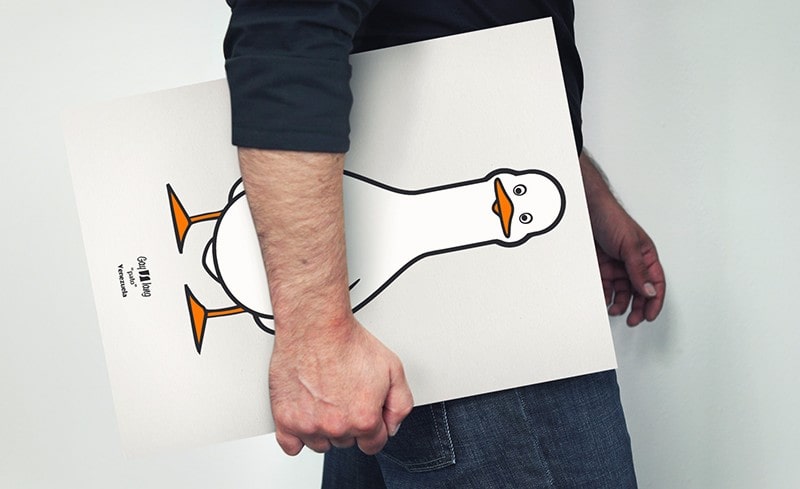 Pato illustration, you can purchase it printed on t-shirts and many products.

The first is the common name of the animal and the second are negative characteristics of a man: clumsy person, without grace, not learns, silly, target of taunts and rudeness, etc.. It is in this second group of meanings which could be the origin of the use of the word “Pato” for gay bashing. It is quite common to attribute the negative characteristics of some men to homosexual men, just for the fact of being gay, and this semantic leap is the origin of insults such as “Coligüe” and “Julai” of the Spanish language, and “Pobjegulja” of the Croatian.

But back to the duck, the bird. With this illustration we present you our dear friend Pato, he’s a fag and spends long periods with his partner, another fag duck, in a public park in the Swedish city of Malmö. We met when stopped his migratory travel in Cullera (Valencia, Spain) and told us that in his species homosexuality isn’t frowned upon, that in the mating season fertilize the females, but the eggs and after the baby-ducks, they two just care for them; and that this evolving capacity has enabled his species, and many others, do not become extinct, because two males, in dangerous times, defend better their young. They are eight years living together, have a large family, and they love each other a lot 🙂

Sexual diversity in Latin America according to Wikipedia. 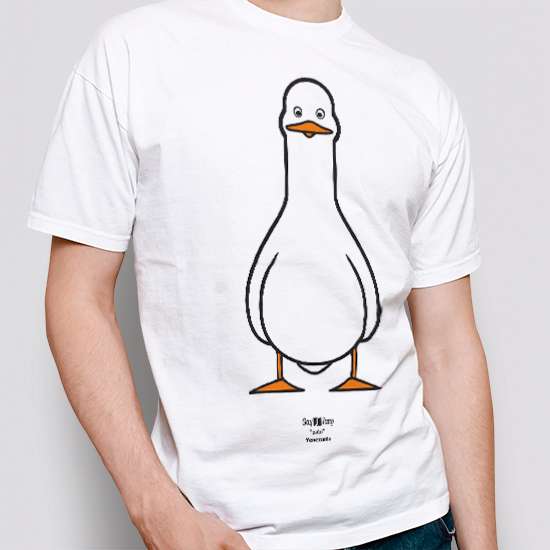 Pato is a slang word used in part of Latin America to insult homosexual men, and that we have transformed into a very funny Drawing & Story, a nice paunchy duck that is one of our favorite characters. Take it in an original gay shirt and wear it with pride every day.