Mariquita (could be translated to English as a sissy, faggy, etc), is a variation of the name of Mary (María), and is one the most used words in Spain, beside Marica and Maricón, to insult and point gay men or any man who wants to attack. Nevertheless, at present, these words are also used normally between LGBT people replacing the word gay and also, with the same normality, between heterosexual fraternal males to tick off or demonstrate love. We call ourselves as mariquitas leaving homophobia without one of his favorite insults. 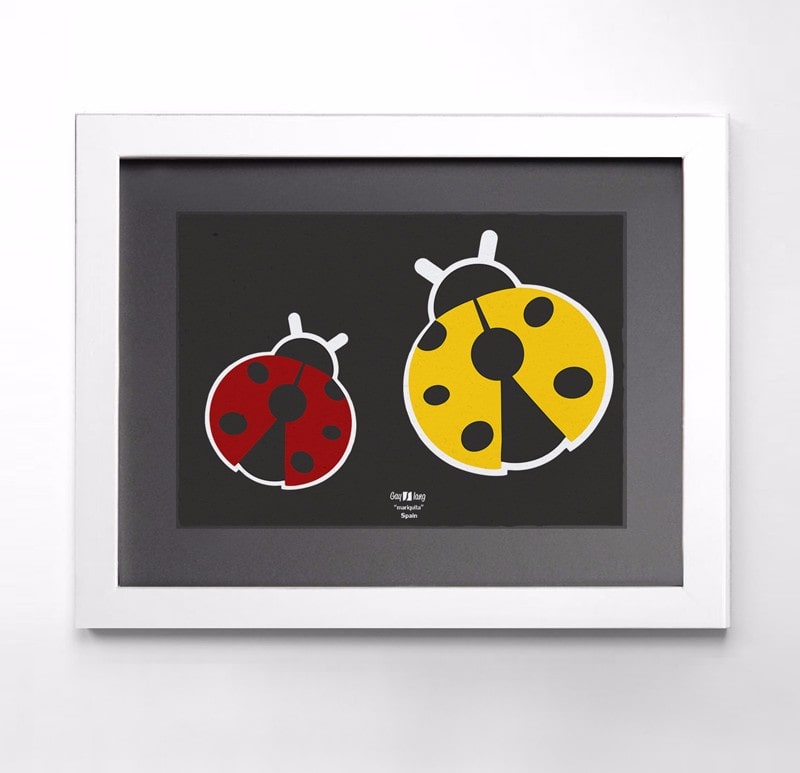 Mariquita illustration, you can purchase it printed on t-shirts and many products.

In addition, marica is also a kind of magpie and mariquita a well-known insect, the ladybug that stars in our illustration, as the mariposa (butterfly), which can also be a mariposón (big butterfly), slang words also used in Spain against gay men. The homophobia, following with applied entomology, also generates many worms that after his cocoon stage, take wing to find someone to give a blow job, or become ducks (patos) or peacocks with a lot of muscle, testosterone, and eyebrows plucked to paroxysm. Males, sissies, big ugly birds, and insects. Where does all this come from? What is the origin of the word mariquita?

The short version is that, according to an uncouth (or heteronormative) view of reality, a man who likes men is like a woman, so is called as a woman, using variations of the name of Mary. Is the so-called patriarchal identification.

Patriarchy is an ancient social system, although given the power to men because it derived from their greater physical strength, submits all people, men, and women, in most human societies. This system imposes a certain vision of reality, which is simplified by the use of categories (man, woman, heterosexual, homosexual), and assign a number of functions to each people according to the category to which they belong. Thus patriarchy, supported by both sexes, decides what a man is, what is a woman and what are their roles in society and also in bed. But this system, the categories, and dichotomies do not include or explain all reality, and even fairly recent (and today) anything that does not fit should be transformed, destroyed and banished, lest the world was destroyed by the finger of a god in power, or an abyssal chasm was opened to swallow us all, or the established power was questioned. This system reduced the sexuality of women to procreation, and because of the power of men, allowed them to have a sexual life outside of procreation and social norms. It also states that men “officially” only had sex with women and that women only had sex with men, so a man who wanted sex with another was like a woman. This is what we call patriarchal identification.

The patriarchal identification assigns feminine characteristics to men with homosexual behavior and masculine characteristics to women with homosexual behavior. In this sense patriarchy, in addition to saying what a man and what is a woman, it also says what is a gay and what is a lesbian, in addition to building them and mistreat them.
In this process of generation of categories and roles, is the origin of the word Marica and all its derivatives, as Mariquita and Maricón. From the names of women, María and Marica, gay men become a woman,  calling them that way, and it is for this same reason that in front of a same-sex couple, society often asked or tried to guess, sometimes with morbid curiosity, who was the man and who the woman was.
This patriarchal identification besides getting all “fit” into these two categories has a second consequence, which is to allow “heterosexual” men have homosexual behavior without undermining their “masculinity”, as it becomes the object of his desires in a woman. 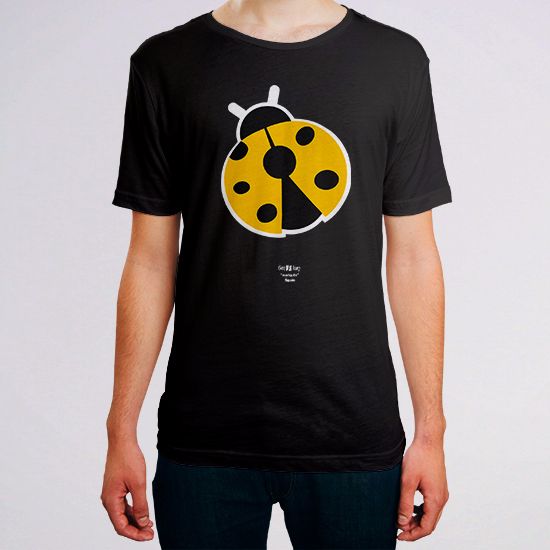 Mariquita, translated to English as Ladybug, is one of the most used words in Spain to insult homosexual men. We have turned it into a funny Drawing & Story in two colors, yellow and red. You can use it to make a gay shirt, and many other items, with an interesting story to talk about.