The meaning of Okama.

Okama is the most widely used derogatory word in Japan to refer to a homosexual man, along with English expressions such as fag and faggot. However, as has happened with some insults worldwide, the use of Okama has normalized acquiring a neutral sense. Deep inside, everything is a matter of context and intention. 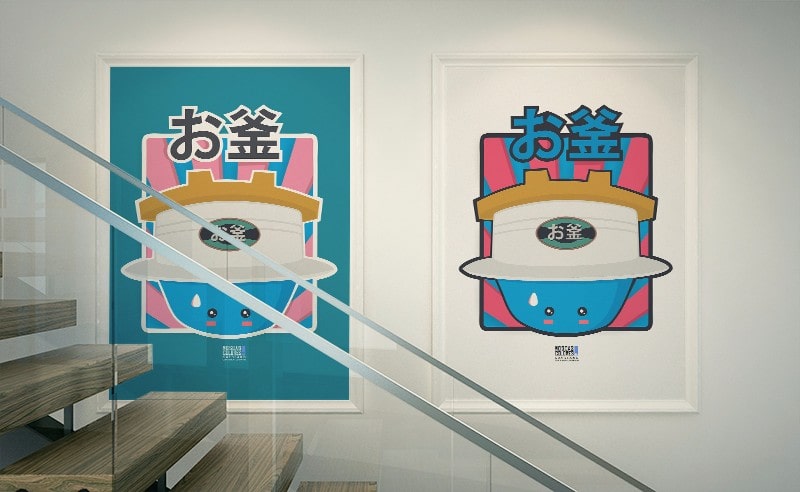 Okama Drawing & Story looks great printed on a poster and also on a t-shirt. Available for light and dark background.

The origin of Okama

We found the origin of the expression Okama in the word Kama, a term that arises in the Heian period (794-1192), which refers to the utensil to cook rice and whose English translation is a cauldron, pot, etc. The incorporation of the letter O occurs in several dialects of Japanese, Samo, Onwara, Hagagun, and Kamitogagun, giving it the meaning of the vagina. For other dialect variants, the Shizuoka and the Kumamoto, is synonymous with the hole, and in the Ashikaga dialect, it acquires the sense of dark, hidden, or secret. Everything was getting ready (vagina, hole, dark, secret) until reaching the Edo era (1603 – 1867), when the voice Okama ends up meaning faggot. Over time, it is adding different nuances with prefixes and suffixes, such it is the polite Okama-sun, which translated into English is Mr. Okama, and also the least kind Okama-rashii, which we could translate as “faggot-like.”

If you have read our Japanese Lesbian Dictionary, you already know that on many occasions, people creatively transform the words aimed at homosexual men into expressions for lesbians, and Okama was not different. Thus, from a cauldron or a pot, we get the pan, the Japanese word Onabe, that also is slang for lesbian. But, do not leave yet, that there is still more, because with the word Okoge, meaning “the burned rice that stays stuck in the bottom of the pot” they name the heterosexual women who like to date gays, that is, a fag hag. Okama, Onabe and Okoge, three related expressions to brood over.

And we brood over because in Portugal and Holland we find a connection. The Portuguese expression Paneleiro refers to who sells or manufactures pots, and it is synonymous with faggot. In the Dutch language, we have the word Poot which means leg, and it is slang of faggot, and the word Pot, which means pot, and it is a slang of a lesbian.

Coincidence or causality, we will never know. But the truth is that in the Edo period, there was a strong autarchy, and Japan substantially limited its foreign trade relations with the significant exception of these two countries. According to this, we cannot rule out that the word Okama traveled to the other side of the world, spreading signifiers and meanings. However, it could also be a reflection of we are not so different concerning our relationship with sexual diversity.

With the word Okama, we have made an anime-style illustration, the typical Japanese pot used to cook rice. Six hundred years later, we present you Mr. Okama, a great Japanese cauldron, animated and hot, sweating, with many stories to tell and also to cook. We hope you like it and you purchase this beautiful Drawing & Story, to wear it with pride or gift, someone, as special as you. 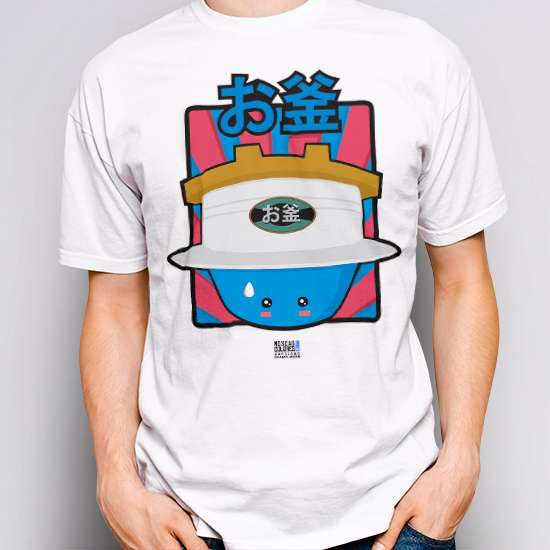 The literal translation of Okama is a cauldron and is gay slang, although its use has been normalized acquiring a neutral sense in addition to the contemptuous one. We have created 2 Drawings & Stories, for light and dark background for your original and funny gay shirt with an anime-style cauldron.