What happens to the Palomo Cojo?

Palomo Cojo (lame pigeon) is, with tortillera, one of the most searched LGBT expressions on the Internet. Is an expression that has starred in books, films, festivals, radio debates, social networks, and language specialized forums. It’s often used in its extended version “Ese es más maricón que un palomo cojo” (He is more faggot than a lame pigeon), a version that gives us the clue about the origin of the expression. What happens to the lame pigeons? 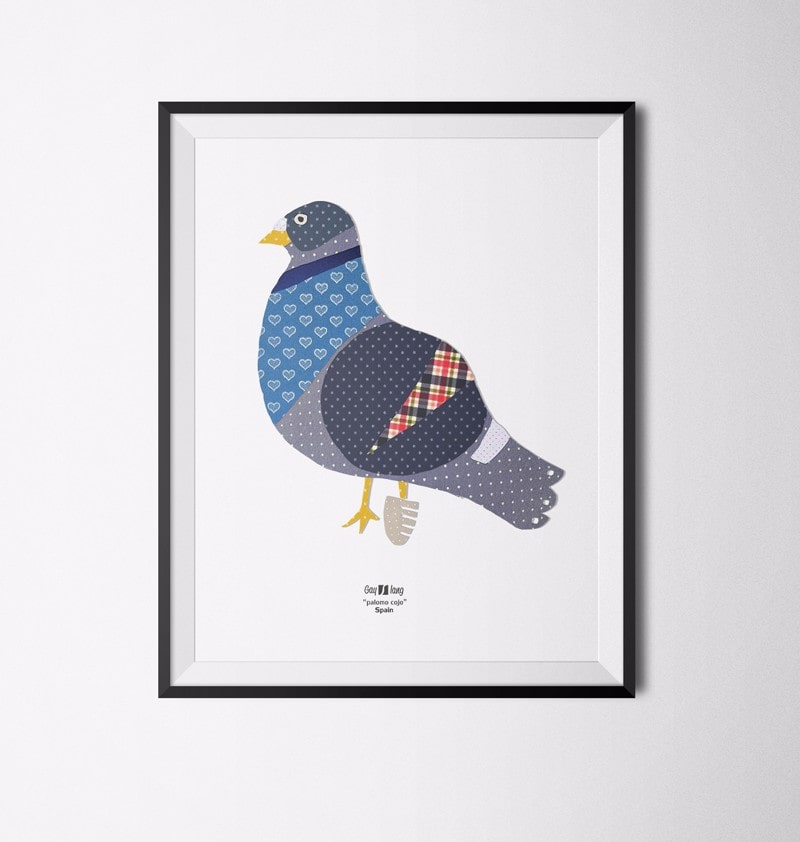 Palomo Cojo illustration, you can purchase it printed on t-shirts and many products.

Apparently, the issue is that the poor lame pigeons can’t reproduce because they need two legs to tread (mount) the dove, with only one leg cannot hold up on the dove nor perform the characteristic prior courtship of the species.

However, the latest research carried out by Moscas de Colores, through interviews with pigeon fancying competitors from Valencia (Spain), suggests that the lame pigeons are able to mount the dove and that what really happens is that the male pigeons perform intercourse with the lame male pigeons. They have also told us that in pigeon fancying competitions the pigeons that desist to courtship the dove move away limping.

The expression “Palomo Cojo” belongs to the twisted concept category with other words and expressions as the English Queer, the Spanish deviant or tortillera, the Arabic word šāḏ or the Norwegian Skeiv, all with a sense of twisted, abnormal, wasted, devious or damaged.

Besides telling us the view of homosexuality people had at the time in which it originated, “Palomo Cojo” also tells us a particular view of sexuality understood only for the purpose of procreation, but in addition with a double mistake because, for who do not know, gays are not infertile. Moreover, “non-heterosexual” men had babies (fortunately) since 200,000 years ago. Even lame! 🙂 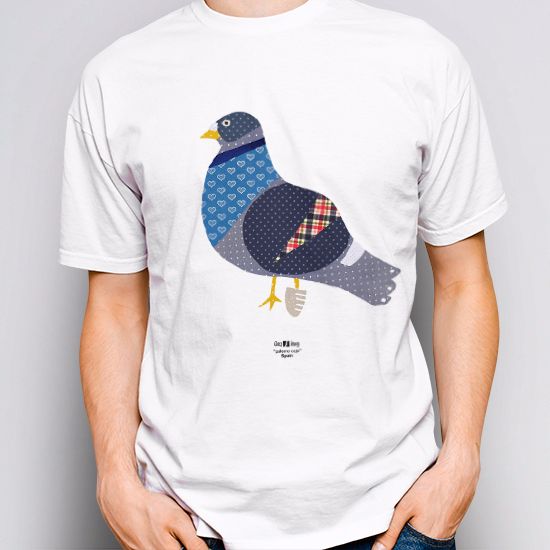 Palomo Cojo is one of the best-known expressions in Spain to name gay people and that we have turned into this nice Drawing & Story, a pigeon, in a collage style, with its little leg put in plaster and its breast full of hearts. Printed on a pink background it is a very gay shirt to wear with proud every day.