The French word Pédale symbolizes one of the great associations to combat, which is what relates homosexual men to pedophiles. Although most statistics show that the vast majority of pedophiles are heterosexual men who attack girls in their proximity, there are certain groups that prefer to make all people believe that the more pedophiles are homosexual men. For this reason, France is part of the pedophile countries, which are those in which this false and intentional association between male homosexual behavior and child molesters takes shape in the most common insults.

Pédale illustration, you can purchase it printed on t-shirts and many products.

In the French language, from the word pédophile derives pédé, which is also a slang word for homosexual man, and from this slang derives the word pédale, which is also the name given to the part of the bicycle where the feet are placed to produce the movement of the bike. That is why we have chosen a pedal for this Drawing & Story, an illustration with two versions in order to can be printed in both with a light background and with a dark background. The illustration Pedale, cool, isn’t it? 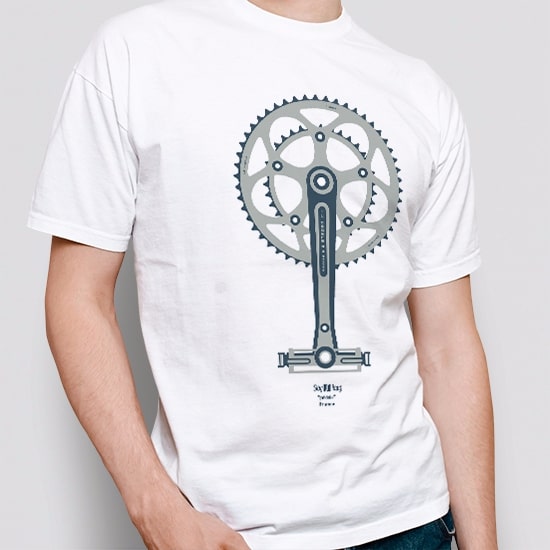 Pédale in French means pedal, the part of the bicycle, but it is also an insult to gays that relates them to pedophilia. We have turned it into an original Drawing & Story, a pedal that you can take it turned into a gay shirt, so you can wear it with pride every day.