Although tóngzhì is one of the most used words in China by and for gays, the authorities refuse to make this slang part of the dictionaries. This rejection of sexual diversity is quite recent if we compare it with other cultures since the first Chinese law condemning homosexuality came into force in 1740. Until then, and after, homosexual behavior was visible and accepted historically by Chinese society. 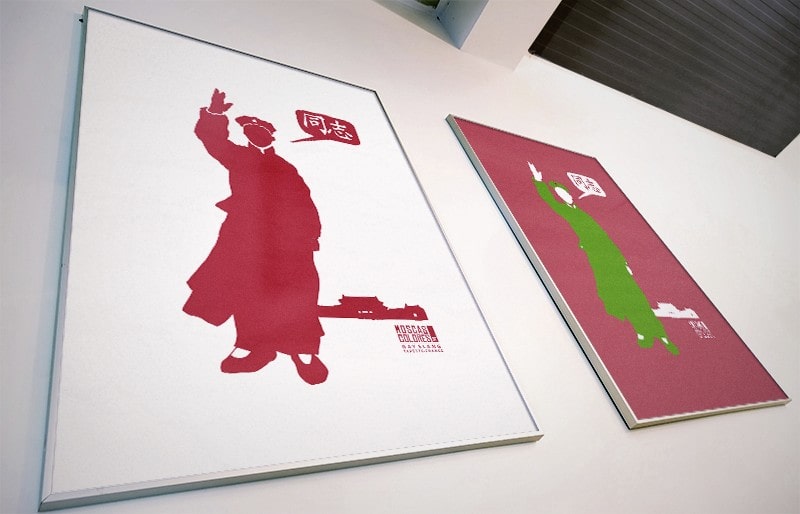 tóngzhì illustration, you can purchase it printed on t-shirts and many products.

Homophobia came more than a century later and imported from Europe, with the denominated, Self-Strengthening Movement, in which the authorities, burdened by its military defeats, spent a lot of years studying the occidental technology and culture. I can imagine Occidental hired specialists feeling, in addition to studying their work, that the Chinese men were also studying their butts. At that time, in Europe, the newly appeared term “homosexuality” was used to name a mental illness. Then came the repression of the Cultural Revolution, with a double pirouette with a twist, decided that homosexuality was a vice that came from the West. The comrades came and homosexuality became clandestine because it was severely punished by imprisonment, the death penalty, and castration.

And so, with the sin, the penitence came. Comrades and homosexuality were united forever in a strange dance of love and hate. The comrades punished sexual diversity and society responded by calling comrades to gay people. The literal translation of Tóngzhì (同志) is “the same intention” and has the meaning of comrade. The LGBT community using this meaning of the same intention began to use it related to the “same-sex”, and thus became slang, not only for gay, but also for lesbian, bisexual, transgender, intersexual, and even with anyone sympathetic to LGBTI collective.

Another slang origin is the resemblance to the words tóngxìnglián ( 同性恋 ) and tóngxìngliánzhě ( 同性恋者 ) being the adjective and the noun used in China to refer to homosexuality, love or lust for the same sex.

Chinese authorities don’t like the issue, arguing that the origin of this expression came from the opponents of communism, who ridiculed that Chinese government kissing themselves to say hello. Originally from Taiwan and Hong Kong, the use of this word spread throughout China once these cities went back to the Chinese government.

Today the social consideration of sexual diversity in China is highly polarized, being more accepted in the major urban centers and considered a disease in the rest of the country.

Homosexual behavior is not penalized by the authorities, but last year the word tóngzhì starred in a new episode of “Stem the tide” as it released a major Chinese dictionary where not included, deliberately, gay as meaning of Tóngzhì, despite being one of the most used words, in addition to bōlí (玻璃 ), by and for LGBTI people.

“You can use this word as you like, but we will not mention this meaning in the dictionary. We do not want to contribute to the spread of this new meaning. We know that this sense exists, but we don’t want to include it.” said the linguist Jiang Lansheng answering complaints of the Chinese LGBT community. 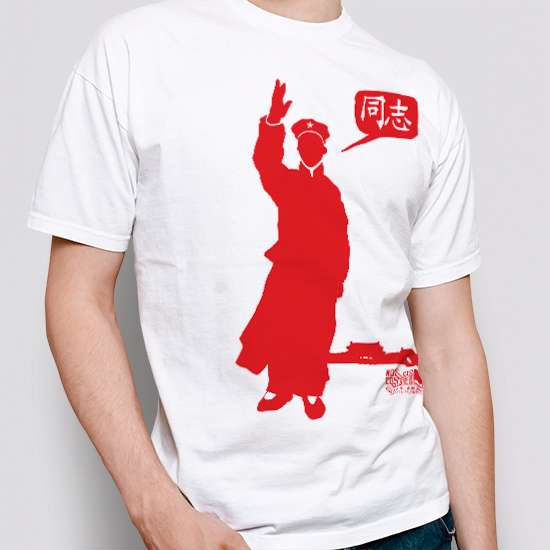 The meaning of the word thóngzì is a comrade and it is also slang for gay although the authorities refuse to include it in the dictionaries. The Drawing & Story that we have created is the classic silhouette of a comrade with the Forbidden City in the background. With a yellow background makes an awesome gay shirt.