The Italian word Finocchio is one of the most used and known words in Italy to insult homosexual men, and its equivalent in the English language would be the word faggot. The translation of the word Finocchio is fennel, a plant widely used in Italian gastronomy because it has a very meaty and rich bulb, which is also used in distilling liquor since ancient times throughout the Mediterranean. 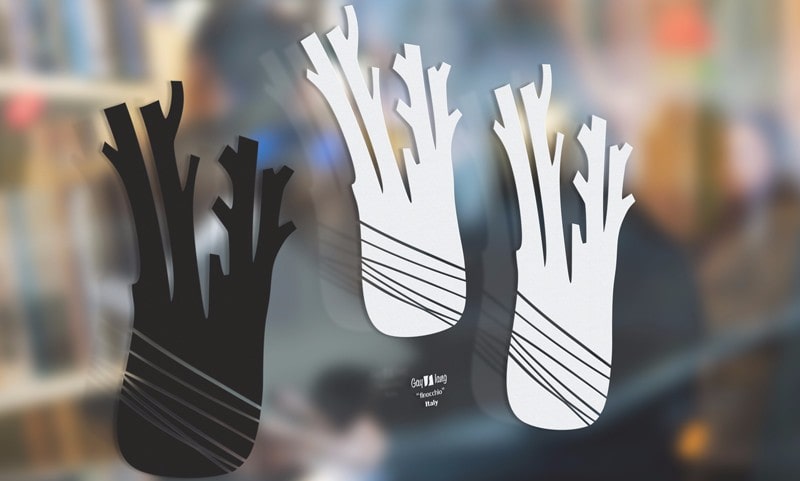 Finocchio illustration, you can purchase it printed on t-shirts and many products.

Finocchio as insulting slang for homosexual men has a controversial and uncertain origin since there are several theories and no certainty. The first written reference to the word Finocchio as gay slang appears in 1863 and its origin is in the region of Tuscany, extending to the rest of Italy after unification. Unlike what was stated so far, this Finocchio slang is fairly recent.

There is a widely shared belief that the origin of this slang is in the Middle Ages when in Italy burned “homosexuals” in the stake. According to they say, they threw fennel or fennel seeds to mask the smell of burning flesh, to the public to knew why they were burned and to make death slower. However, there is no reference or document, for now, to support this assertion, strange thing if you consider that people hate homosexuals too much at that time as well as the public and exemplary character of those death sentences. Something should have been written. If there are references to the use of juniper in the stakes without any relation with homosexuality. Thus this explanation seems an invention that would extend, in an interesting manner, that exemplary character of medieval stakes in a homophobic and contemporary Italy.

There are others that establish the origin of this Finocchio slang in the asexual character (without genetic exchange) of the plant reproduction, making a double pirouette to relate to homosexual behavior, in the sense that gay fucking not intended to reproduction or does not need “her”, explanation that, in addition to yokel and to have a backout religious stink, it would mean that the Italian population has a quite remarkable knowledge of botany.

Related to the above, another “Finocchy” explanation is in the physiology of the plant, since its branches are relatively hollow, and Italy relate fags with the containers, holes, and hollows. Just simply take a look at our Italian Gay Dictionary to realize that when in Italy imagine a gay, they think about a hole, a container, a hollow, an issue that seems like a “call to action” and that deserves a psychological depth analysis, maybe at another time we address 🙂

Finocchio and its value.

We have already talked at the beginning of the use of this plant in the Italian gastronomy, and one of the uses of the plant was to spice meats and sausages with fennel seeds because, unlike the expensive spices of the East, fennel seeds were plentiful and had no value. Just as homosexuals did not have, nor have, in Italy.

To date, the first written reference of Finocchio appears, the use of terms such as “Buggerone” and “Bardassa” was preferred to talk about or insult fags. Instead, already in the Middle Ages the word Finocchio was used to name the idiot person, stupid, mean, treacherous, contemptible man, whom you can not trust, features that have traditionally been supposed to homosexual men, as it occurs with other Italian expressions as “Frocio” used originally for foreigners for not be trusted, and then being applied to men you could not trust, to ultimately be used to insult gay men.

Why gays are called Finocchio in Italy?

In 2012, when we began this adventure of Moscas de Colores, one of the first publications was Finocchio. At that moment the explanation of the stake convinced us in addition to seeming an atrocity. Since then, as we have been expanding dictionaries we have obtained an overview and we were able to establish relationships and identify processes. That is why in our opinion, the origin of this slang is in the process of attributing negative characteristics of some men to gay people, for the simple fact of being gay. A process that has taken place for centuries and around the world, and has generated expressions in other languages as Arg (German), Pobjegulja (Croatian), Pato (Spanish) and Frocio (Italian). A homosexual man was, and still being in many places, a person of little value and with all kinds of defects.

Why not recover the original meaning of the slang Finocchio?

Finocchio: slang expression to point to a silly, stupid, mean, treacherous, despicable, worthless and untrustworthy man. There is no better definition for homophobic and sexist man.

To learn more about the history of homosexuality in Italy and the keys to his current situation, check the article of Protest! Collection, Finocchio (Italy).

Sexual Diversity in Italy according to Wikipedia. 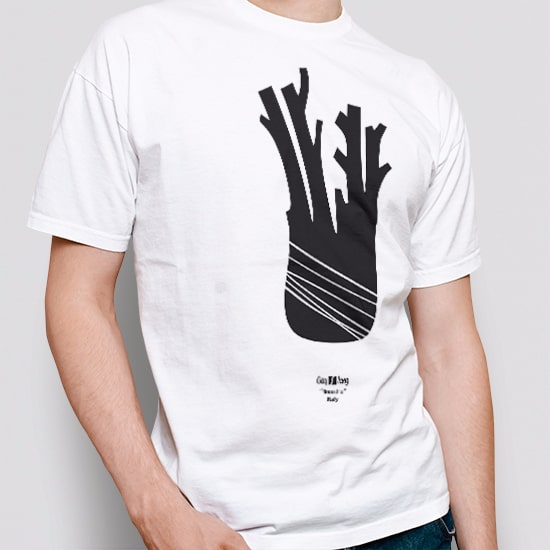 The Italian word Finocchio is one of the most used and well-known words to insult homosexual men in Italy, and that also means fennel. So we have turned this insult into a Drawing & Story whose central motif is the silhouette of fennel as it is sold. There are two versions, black and white color, to make your funny gay shirt.