Since ancient times, even when homosexual behavior was normalized, consideration was not the same for a man who fucked another man (the top) that for man was fucked (the bottom). This different social consideration has allowed that the self-identified heterosexual man, the Mostacero, was able to unleash his desires from past to present, without reducing the social acceptance and without much repentance. For this kind of males, in Peru have a word: mostacero. 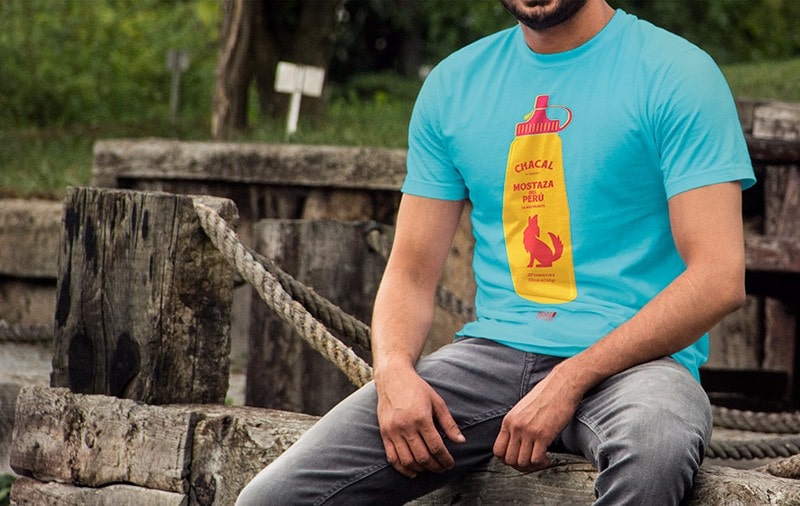 Mostacero illustration, you can purchase it printed on t-shirts and many products.

And for these men, in Spain, was created the famous Mahomet’s law: as faggot is the top as the bottom (La ley de Mahoma, tan maricón es el que da como el que toma), and probably with a double message, the first is obvious, and the second is the reference to the Muslim world, where it is likely that, given the difficulty of having sex with women, sex between straight men and homosexuals, is more widespread and more known. After fucking, the different consideration of the role they occupy, allows them to think of themselves as so macho men, that they can fuck whatever, despite the fact that these societies are not very gay-friendly.

The first and universal meaning of Mostacero is the bottle containing mustard sauce, and it is from this image, the mustard dripping down the spout of the bottle when it makes the jump to the eschatological meaning. Make no bother, but we’re talking of shit, feces, poop … or whatever you want to call, for their similar color. The virile member of the “mostacero”, spotted with “mustard” reveals the meaning of the slang.

In Latin America, several synonyms of Mostacero are used, such as chacal (jackal), scavenger animal when necessary (hence the slang), and its variant, chacalote, in some cases varying to the subject of pedophilia or male prostitution.

In Mexico, they use the slang “chacal” and mayate for this type of “heterosexual” men, being the first more aggressive in sex than the second. Mayate is a type of beetle, related to excrement, such as the cucarrón, slang used in Colombia and also a beetle, which transports balls of excrement from one place to another to feed.

Check out our Spanish Gay Dictionary to know more words and interesting stories. 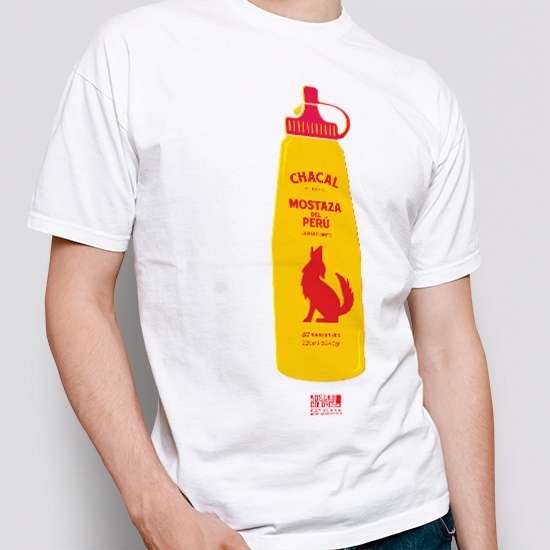 Mostacero, in addition to mustard pot, is a slang for the homosexual man that has its origin in Peru. This eschatological expression, which shows us that homosexual behavior is very widespread among heterosexual men, we have turned it into an original gay shirt, very funny and very, very spicy.