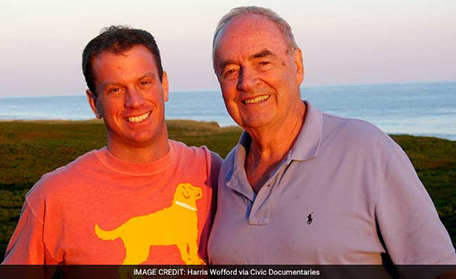 It is important to distinguish.

I remember perfectly the day it started, was about 15 years old and at that time I was a boy in Spain of the 80s who had had several girlfriends. Can not deny that there was always a background murmur and some sexual experiences during my childhood, also with girls, but all was relatively calm until one day, in the disco where every Friday all high school people met, I was sat leaning against a column when a question came to my head. What if you’re homosexual? I nearly died! Quickly came to my rescue some ideas like in youth is normal to have doubts or be confused… But the question came back, What if you are a faggot? What if those peers at school who said or hinted it, they were right? I was very overwhelmed and I wanted to cry.

From that moment began an initiatory journey that lasted about seven years until I got to answer the question. I’m gay. And it was some time before the next question came, Why? There were people who understand it crystal clear, that if vice, if disease, if it is done, if you are born homosexual, heartbreaks, genes … books, movies, documentaries, network, Grinder.

Over time, you end up having quite clear what human sexual diversity is, so much so I sometimes surprised with that people, even in the broad LGBT collective, not see the simple reality. One of the keys to start watching it is to distinguish homosexual behavior of homosexuality.

It seems obvious, but are totally different things that also are frequently confused. I recently read an article that tried to make a retrospective of human homosexuality, more or less from the Egyptian Empire by brief exposure of stereotyped historical figures, and in which also spoke of homosexuals lions.

You can not say that a pharaoh was homosexual simply because at that time there were no homosexuals. You can not transfer the idea we have of homosexuality before the appearance of the term, as from certain people began to contemplate, in the late 19th century, the possibility that there were people like that. Never before was imagined such a thing. To date, a man like that was a criminal and a sinner because he committed a crime and a sin that was having sex with another man. The behavior was condemned, not the identity, because it was not conceived their existence, not even conceive that heterosexuality exists. There were men and women, nothing more. As well as generally it was not conceived that women had no reproductive sexuality. 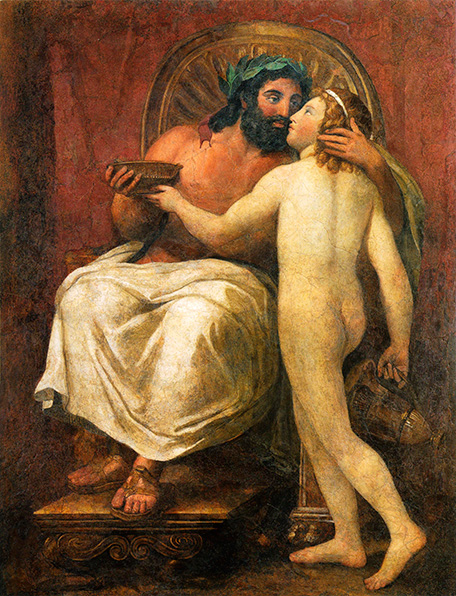 Zeus and Ganymede. They could not be homosexuals.

Each previous society to our integrated homosexual behavior differently in each culture, and today we integrate it with the identity concept of homosexuality.

Lions show homosexual behavior, but they are not homosexual.

And when you start to compare, you start seeing sexual diversity as a whole, and not as something opposed to heterosexuality or the idea of man or woman. You begin to see that everything is part of the same and that a plastic sexuality is an advantage. When you meet homosexual behavior in other species, you begin to know sex functions you could not probably guess otherwise in human. People fucks to meet each other and fucking, people establish ties. In Greenland, Inuit culture, living in an extreme climate, used sex to introduce genetic diversity and to build community cohesion, and this established a natural and open attitude towards sex we called here promiscuity, and also created a language, Kalaallisut, in which there are no homophobic insults.

When the sexual behavior of people is studied and people are classified based on their sexual behavior throughout life, heterosexuals, those who have only had sex or fantasies with the opposite sex, are a minority, as shown us the study on dilatation of the pupils from Cornell University. Which brings us to the question of identity, that is, the homosexuality.

The vast majority of people have had some kind of homosexual behavior or has fantasized about it, but only a small part is self define as homosexuals. And in my case, since I answered that first question, I stopped touching boobies and eating pussies and think about it, at least for a while. Because that was not what the gays do, because you were hetero or homo, and here, bisexual people are right with their demands.

At that time we saw bisexuality as a kind of indefiniteness, a lack of acceptance of what really was, if not a lack of courage, or as an intermediate status between what was before and what is going to be in the future. And finally, bisexuals were right. If we classify people based on their sexual behavior throughout life, most people are bisexual. And in this case, we also see that only a minority has a bisexual identity, an issue which incidentally is expected to change with the gradual acceptance of sexuality without many conflicts, lived by the majority of humanity, as humans rights are developed and extended.

For all this, we say that homosexuality, heterosexuality, and bisexuality are social constructs and that sexual identity as a whole is an intimate, progressive and unique construction that lasts a lifetime.

Homosexuality as an identity

Thus, we can explain and understand Harris Wofford, widowed from his wife at 70 years old, and 5 years later, casually, begins a relationship with a fifty years younger man, with whom he married a pair of months ago, after a long relationship. Harris Wofford is not self-defined as homosexual, and it is not necessary. Harris Wofford is a fantastic example of how we all have plastic sexuality that never ends its construction. What or who is Wofford? A man who now exhibits homosexual behavior and has no need to call himself homosexual and that, if he defines himself in this way, this identity would not explain all his history.

Harris Wofford, out of the closet with an article in the New York Times entitled “Finding Love Again, This Time With a Man“

Another story that confronts homosexual behavior and homosexuality is the story of my friend Carolina, who after 30 years as heterosexual, falls for a woman with whom she is now married and with whom she has a child. Her wife tells me it the other day: “your friend Carolina”, she says she is not a lesbian”. And she is right, she exhibits homosexual behavior but she is not a lesbian because, among other things, she is not self-identified as such. She is identified as a heterosexual woman who likes one woman, her wife.

The no distinction between homosexuality and homosexual behavior also causes suffering and explains those cases of the return trip with sexual orientation. Adult men that one day have sex with another man and suddenly become homosexuals, put upside down his life to finally realize that they are not comfortable with the homosexual identity and initiate a winding back road in which love and tears are left. And it is that homosexual behavior does not imply homosexuality.

Heterosexual men around the world, do not worry and stop torture you alone. Doesn’t matter if one day jerking off, your gym buddy sneaks into your fantasy or if a guy sucks your cock in the bathroom of the bar that night partying. You have not become another person, you’ve had an experience, your world not crumbles, it expands. And if you’re not able to see, the new generations will see it.

The generation before mine lived a double life. Mine, don’t live a double life, but in many cases is partially hidden. The today generation or the future will be like Harris Wofford, naturally accepting the plasticity of their sexuality in his own way.

The sexuality of people is neither fixed nor determined. It is plastic.

If I at age 15 could have done as Wofford, living life without making me that question, without having to fit into any category, in an ideal world where people experience the sexuality naturally, everything would be different, most probably I would have had sexual behavior and emotional relationships with both sexes, and homosexual identity would be, if exist, something different.

Everything we post on this blog is opinion articles, but we've classified them into these categories to highlight the relevant topic. What interests you the most?
42 original and fun designs to buy printed on t-shirts and other items. Claim each day or treat someone special with one of our Drawings & Histories. Which one do you like the most?
More than 2,200 entries in 68 languages make up the largest LGBT + dictionary on the web, with a glossary of sexuality terms explained for you to understand. Do not leave with doubt!
Pedicabo ego vos et irrumabo. Tiefseeforscherin. Lesbian Dictionary (Germany). Sochi 2014: The most gay & lesbian Olimpic Games in history. Look Inside.
△
Mdc
MOSCAS DE COLORES
Contact · About us · FAQ · Cookies policy
Copyright © 2012–2022 @moscasdecolores · See you soon!